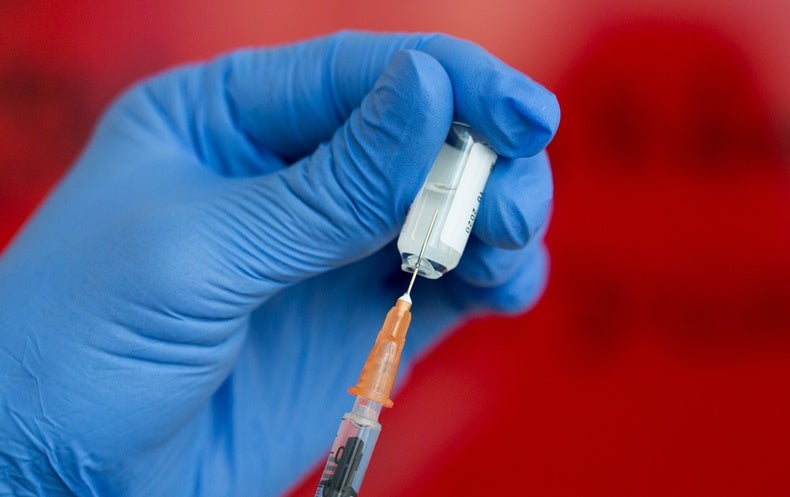 The items below are highlights from the free newsletter, “Smart, useful, science stuff about COVID-19.” To receive newsletter issues daily in your inbox, sign up here. Please consider a monthly contribution to support this newsletter.

At Science magazine, Jon Cohen reports on progress made by two companies that are developing treatments called monoclonal antibodies for people infected with SARS-CoV-2. On 9/29/20, Regeneron Pharmaceuticals released early data from its ongoing placebo-controlled experiment showing that its monoclonal antibody “cocktail” reduced symptoms and the amount of virus in the nasal passages of infected patients, Cohen reports. To make these treatments, company researchers clone antibodies harvested from mice infected with the virus or from people who recover from COVID-19 (the cloning involves pulling out the genes that make the antibodies and then using them to grow bulk quantities in other rodent cells). A University of North Carolina, Chapel Hill, infectious diseases researcher and physician called the Regeneron results “provocative” and said they echo findings released two weeks ago by Eli Lilly on its ongoing research on a similar antibody treatment for the coronavirus, Cohen reports. Neither of the companies has published its findings yet in a journal. But if the studies continue to go well, it sounds like some doses of these treatments could be available by the end of this year (9/30/20): https://www.sciencemag.org/news/2020/09/provocative-results-boost-hopes-antibody-treatment-covid-19.

A growing number of medical centers now offer “post-COVID” care for people who have recovered from the disease but still suffer from lingering problems such as shortness of breath, chest pain, and depression or anxiety, reports Julie Appleby at Kaiser Health News (9/30/20). Once start-up costs are overcome, the clinics reportedly could provide a revenue boost to medical centers. Outside of such clinics, some COVID-19 survivors are told that their lasting symptoms are imagined, the story states.

Tanya Lewis at Scientific American reports on some of the more than 100 U.S. universities and colleges that have contracted rapid, frequent SARS-CoV-2 testing for their campus to a program offered by the Broad Institute of the Massachusetts Institute of Technology and Harvard University (9/23/20). Institutions’ experiences with the program so far are positive, and such an approach to testing “could be a model for reopening colleges and institutions nationwide,” Lewis writes. The program enables testing once or twice a week throughout the semester for students, faculty and staff, the story states. The story includes comments from users of the Broad program, including representatives from Tufts University, Bowdoin College, and University of Massachusetts Amherst, where the basketball arena reportedly has been converted into a health center for testing for SARS-CoV-2.

Adults could get vaccinated against SARS-CoV-2 by next summer, but children might not be able to until fall 2021, reports Carl Zimmer for The New York Times (9/21/20). No experiments (trials) have begun in the U.S. to test a vaccine candidate’s safety and effectiveness in children, the story states. “Vaccinating children could help reopen society, ensuring that schools do not become hot spots for superspreading events,” according to the story.

Children are less affected than adults are by SARS-CoV-2 because their immune systems respond differently to the virus, according to research published 9/21/20 in the journal Science Translational Medicine, reports Apoorva Mandavilli at The New York Times (9/25/20). A fast-response component of the immune system, called the innate immune system, responds strongly to SARS-CoV-2 in children. But the same component of the immune system is muted in adults, the researchers reportedly found. Pediatric immunologist Dr. Michael Mina at the Harvard Chan School of Epidemiology says that if SARS-CoV-2 ends up circulating continually in the coming years (becomes “endemic”), like the coronaviruses that cause colds, children’s adaptive immune systems will develop strong defenses to it that protect them into adulthood, the story states. “We will eventually age out of this virus,” the story quotes him as saying.

For some vaccine developers, a vaccine against SARS-CoV-2 “could meet the companies’ benchmarks for success if it lowered the risk of mild COVID-19, but was never shown to reduce moderate or severe” cases nor the risk of hospitalization, intensive care admission or death, according to an essay published 9/22/20 in The New York Times. This pertains to vaccines being developed by Moderna, by Pfizer, and by AstraZeneca, the essay states. The benchmarks should be higher —  evidence should instead show that a vaccine reduces the risk of moderate or severe cases, write Peter Toshi of the University of Maryland School of Pharmacy and Eric Topol at Scripps Research. The essay states that reducing the risk of mild COVID-19 does not guarantee a similar reduction for moderate or severe cases.

For an excellent newsletter about how Black people are experiencing and being affected by the SARS-CoV-2 pandemic, subscribe to journalist Patrice Peck’s “Coronavirus News for Black Folks.”

An app called the “MIT COVID-19 Indoor Safety Guideline” allows users to adjust parameters such as mask usage, ventilation, and room size to estimate the indoor transmission risk for SARS-CoV-2 among a given number of people in various types of spaces. The app is based on a mathematical model developed by Martin Z. Bazant and John Bush at the Massachusetts Institute of Technology.

Apoorva Mandavilli at The New York Times notes the app above in a 9/27/20 story on the effectiveness of ventilation and air cleaners (some are called air purifiers) for reducing the transmission of SARS-CoV-2, particularly in colder weather. Martin Z. Bazant, the app co-author, is described in the piece as saying that regardless of such precautions to protect people from the virus in larger buildings, it is optimal to wear a mask indoors. The story also quotes a building safety expert at the Harvard Chan School of Public Health as advising people in buildings and cars to leave windows for ventilation. As for air purifiers and filters, don’t sweat the MERV and HEPA details, and keep it simple. The story states that “even the most stripped-down devices can help bring down the microbial burden in the air.” As for ultraviolet lights, they “are regulated mostly for use as pesticides and are not well studied for use around people,” according to epidemiologist Saskia Popescu at the University of Arizona, who is quoted in the story. If you are interested in installing them in an office, school, or home, hire a professional, the story advises.

You might enjoy, “An open letter to my lactose intolerant friend regarding my COVID intolerance,” by Johanna Levene for McSweeney’s (9/30/20).