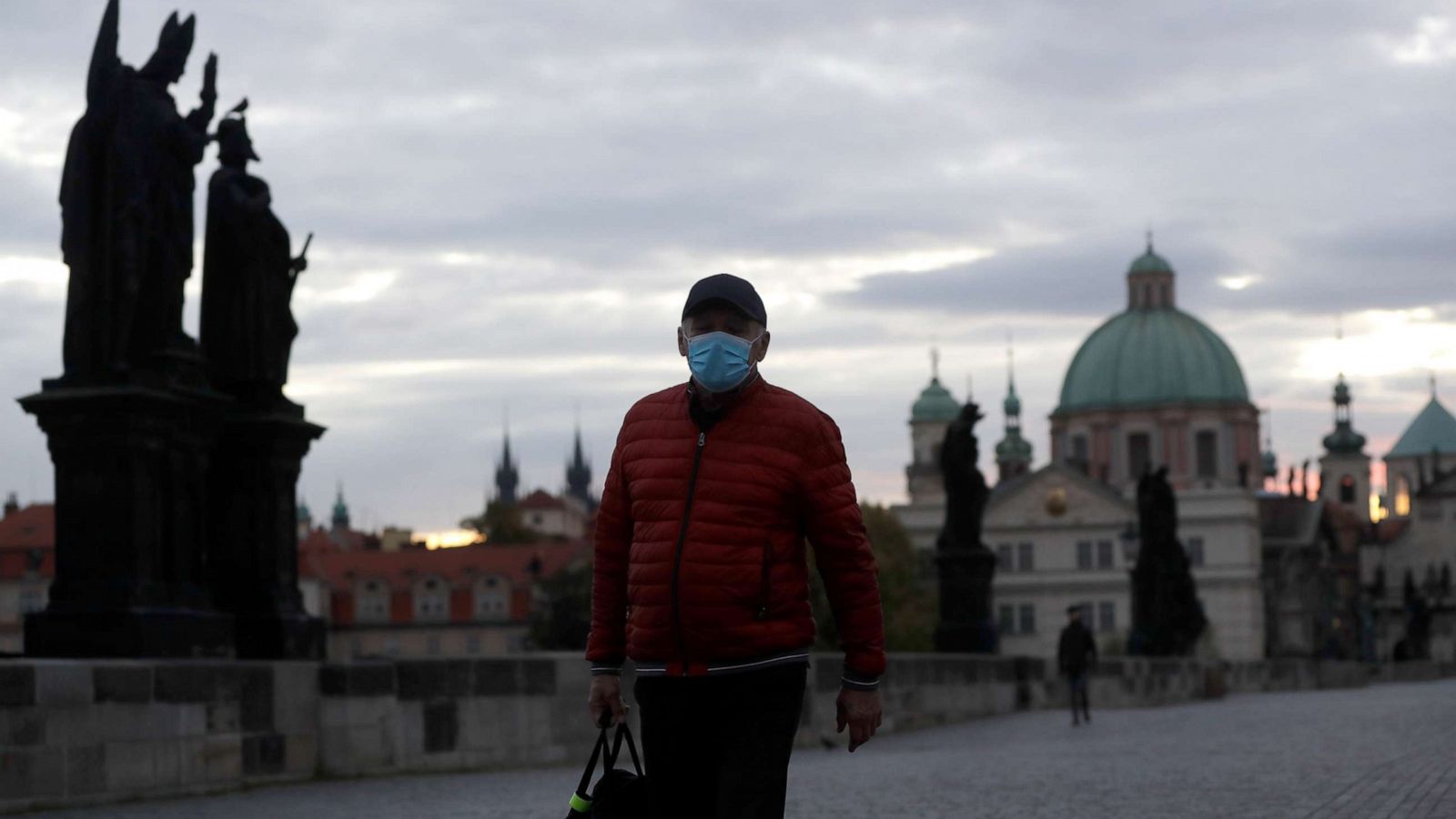 An internal memo from the Federal Emergency Management Agency obtained by ABC News on Wednesday night shows that the number of new COVID-19 cases recorded in the United States and the nationwide usage of intensive care units are both on the rise in week-over-week comparisons.

Meanwhile, the national positivity rate for COVID-19 tests increased from 4.5% to 5.4% in week-to-week comparisons. Currently, 23% of hospitals across the country have more than 80% of beds full in their intensive care units. That figure was 17-18% during the summertime peak, the memo said.

The memo, which is circulated to the highest levels of the federal government and is used to determine daily priorities for the agencies working on COVID-19 response, shows that 32 U.S. states and territories are in an upward trajectory of infections, while 8 jurisdictions are at a plateau and 16 others are in a downward trend.

In Florida, 75% of ICU beds statewide are occupied. The number of new COVID-19 deaths doubled in Duval County in week-to-week comparisons, while Sumter County recently reported a single-day positivity rate for COVID-19 tests of over 20%, according to the memo.

Kentucky reported its highest single-day rise in COVID-19 cases on Oct. 3. Nearly half of current cases in northern Kentucky are patients younger than 40, and approximately 40% of them are under 30. The total number of COVID-19 hospitalizations has been increasing statewide since the end of September, the memo said.

The seven-day COVID-19 hospitalization rate continues to rise in Minnesota, reaching its highest since June 1 at 9.8 per 100,000 population, according to the memo.

In Ohio, the number of new COVID-19 cases has more than doubled in Muskingum County between the weeks ending Sept. 27 and Oct. 4. Outbreaks have been discovered at four social clubs there, according to the memo.

Wisconsin’s seven-day COVID-19 death rate has increased 139% from Sept. 27 to Oct. 4. The seven-day COVID-19 hospitalization rate also continues to climb, with Wisconsin reporting a peak of 16.4 per 100,000 population on Oct. 4. The state saw a record high of 782 COVID-19 hospitalizations on Oct. 5, more than double the amount a month earlier. As of Oct. 4, 84% of ICU beds statewide were in use. Local health departments in the counties of Fox Valley, Door and Manitowoc report seeing so many new cases that they are unable to conduct tests or contact tracing in a timely manner, the memo said.