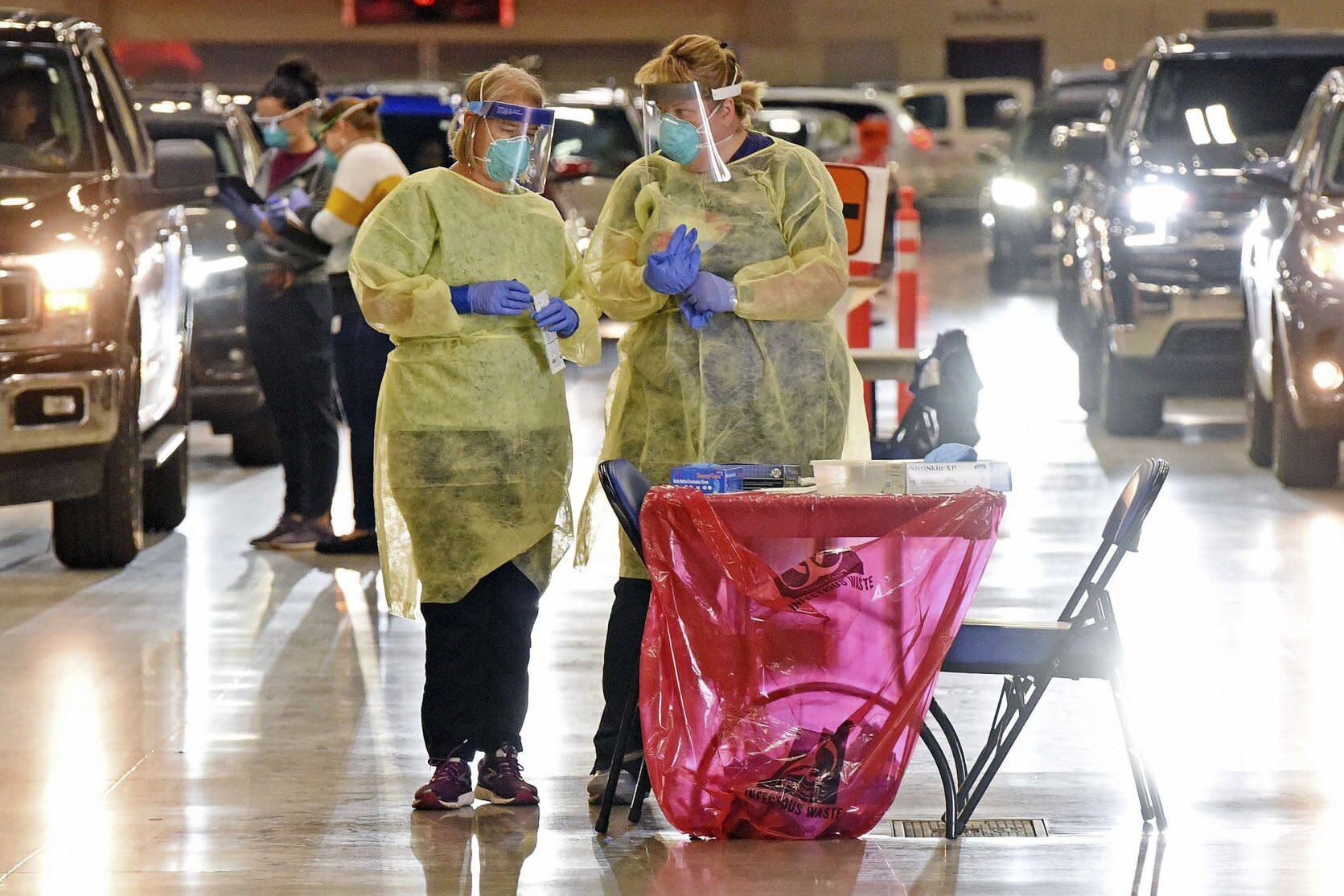 Missouri, Montana, North Dakota, Ohio, Oklahoma and West Virginia all had record single-day increases in cases on Friday, according to NBC News’ tally.

The World Health Organization meanwhile announced that 350,766 new infections were reported Friday, surpassing by nearly 12,000 a record set earlier in the week. The new cases include more than 109,000 from Europe alone.

In the United States, the governor of Ohio told reporters Friday that he believes there is no single reason why cases are rising, but he believes people aren’t taking enough precautions against infection.

“The best to summarize it I think is that people are simply not being cautious,” the governor said. “They’re going about their family life and meeting people.”

Missouri recorded just under 3,000 new cases, according to NBC News’ tally. The state also set a new single-day record for deaths at 129.

Cases have also risen in West Virginia with 382 new cases Friday; Montana with 722; and North Dakota with 656, according to the tally.

In Montana, cases have more than doubled in the last two weeks, compared to the two weeks before. There has also been a staggering 230 percent jump in Covid-19 related deaths in just over two months, according to Gov. Steve Bullock.

“Disregarding expert advice from state and health officials, as well as the pleas of our frontline health workers and neighbors, is leading us down this concerning path,” he said in a series of tweets Friday.

“We need to listen to our health care workers. The path forward is simple if only Montanans follow the guidelines and restrictions we have in place. This is the pathm that will save lives, and it will keep our schools, our main street businesses, and our communities open and safe.”

Coronavirus cases have nearly doubled over a two-week period in New Mexico, New Hampshire, and Vermont.

Dr. Deborah Birx, coordinator of the White House coronavirus task force, said the spread of coronavirus in some areas is less from people going into public places than small gatherings.

“What we’re seeing is, we take down our guard when we’re with people we know,” she said, noting that some people can have the virus and be asymptomatic.

Dr. Ashish Jha, dean of the Brown University School of Public Health, told NBC’s “Nightly News” that he hopes a potential second wave would not be as bad as what the country saw in the spring.

“Part of the reason is we do have more testing available now and so we can tell when things are starting to ramp up and get bad, and hopefully change our behavior,” he said.