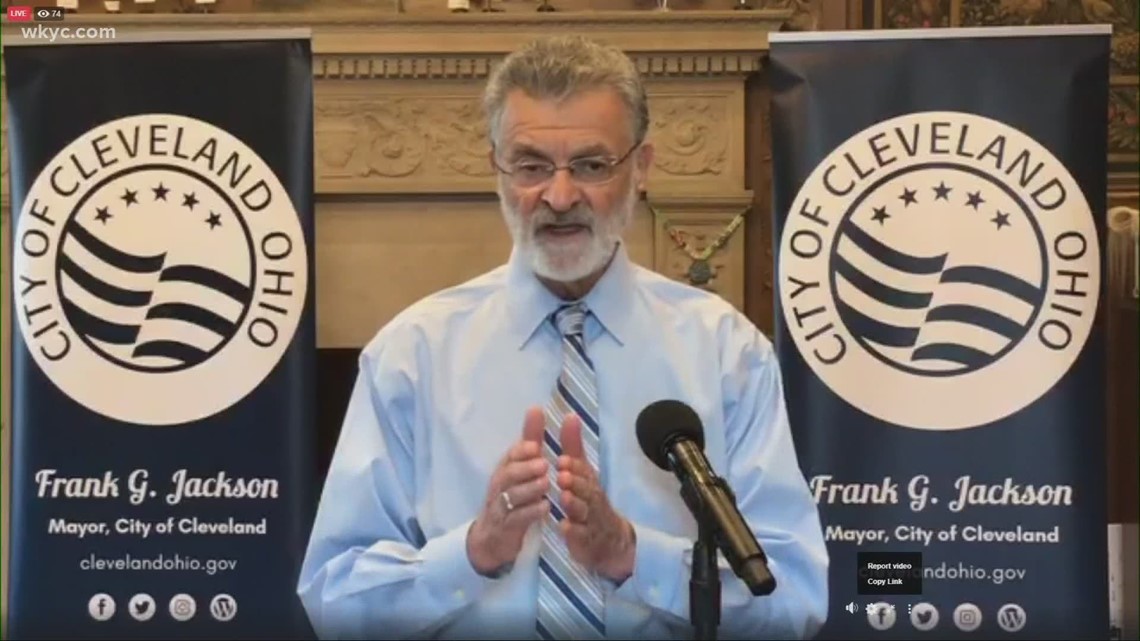 A report found department leaders ‘made decisions which were profoundly and severely damaging and counterproductive to workforce trust.’

CLEVELAND — Cleveland Mayor Frank G.Jackson has announced “top-down” changes for the Cleveland Department of Public Health, including the demotion of the city’s health director and a new management structure that will place the department under the jurisdiction of the Office of Prevention, Intervention, and Opportunities for Youth and Young Adults.

The moves follow an internal investigation brought on by the loss of a crucial safe sex education grant, vacancies at the department, and complaints of low morale among employees. Most notably, Director Merle Gordon will be reassigned to the new role of executive manager of population health, while Environment Commissioner Brian Kimball will take over as interim health director for the time being.

“I have made substantial changes within the Cleveland Department of Public Health to help ensure we are serving the citizens of Cleveland in the most effective manner. These changes are not taken lightly, but are necessary to ensure an operation that will effectively provide health services to Cleveland and its residents.”

Gordon’s new executive manager role will still see “work of considerable difficulty,” and will allow her to report directly to PIOYYA Chief Tracy Martin-Thompson. Gordon will focus on improving health care for sub-populations which are most affected by societal inequities, which have been exacerbated by the ongoing COVID-19 pandemic.

“It’s been my honor to serve this City and the Department of Public Health through successful achievement of accreditation through the Public Health Accreditation Board (PHAB) and as Incident Commander through COVID-19 Response, the global pandemic that changed our lives entirely. I’m proud of the entire CDPH team. I continue to be committed to this community every day and look forward to working with you in this new capacity as we strive towards improving population health in Cleveland.”

One of the catalysts behind the report was a complaint from employee Karen Aluma, who claimed she was discriminated against based on her age and country of origin. The city found the original investigation into her accusations to be “overbroad,” and while the new inquiry could not definitively prove her individual claims, it did find CDPH leaders “made decisions which were profoundly and severely damaging and counterproductive to workforce trust, respect for others and employee confidence.” In addition, a majority of employees surveyed also reported having either neutral or negative feelings about their workplace.

No department higher-up was accused of any specific violation such as discrimination, but Health Commissioner Persis Sosiak and Lead Epidemiologist Katherine Romig will face pre-disciplinary hearings for unnamed reasons. Two human resources employees will also be reassigned, and the department’s entire HR division will be centralized under the control of the city’s own Department of Human Resources.

As a result of the report, all employees will have to complete anti-discrimination training and be given access to an “Anti-Racist Organizational Toolbox” to help combat negative biases. The department will also look at its hiring practices and hold an event celebrating Hispanic Heritage Month.

“It is imperative that our city has a well-run and efficient health department for Cleveland residents, especially in this time of a pandemic emergency.

“COVID-19 and other social determinants of health continue to disproportionately impact the citizens of Cleveland. Therefore, council’s priority is making sure these Health Department changes will not disrupt the important work of the department, including important legislation passed by council that will be monitored by the Cleveland Division of Public Health.

“We are confident that the great work of the employees of the CDPH will continue. Staff morale is extremely important and we are disappointed to hear that there is a culture of low morale at the CDPH. Please know that we and all of council support the work that the health department employees do, especially in these unprecedented and unpredictable times.

“The Health and Human Services Committee will hold a hearing this Monday, September 21st at 9:30 am to make sure this transition will continue to support and improve healthy outcomes for our citizens. The Department of Health is extremely vital to the citizens of Cleveland.”

You can read the city’s entire report below: