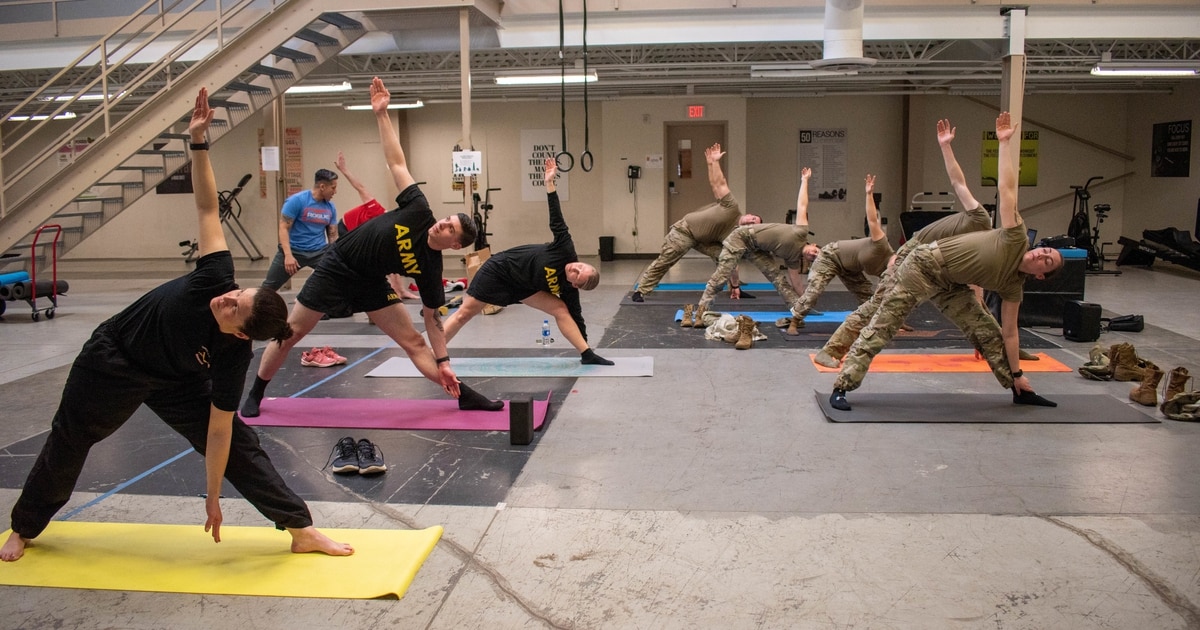 A surprising number of soldiers are on temporary and permanent medical profiles, preventing them from fully performing their duties. But a new health and fitness program, which will begin arriving to 28 brigades in fiscal 2021, is intended to curb those numbers over the long-term.

As of April, more than 58,000 soldiers — the equivalent of 13 brigade combat teams — were non-deployable, with 16,500 soldiers on temporary profile and 15,000 soldiers on permanent profile, according to a concept paper for the Holistic Health and Fitness system, or H2F, shared with Army Times.

H2F looks to tackle chronic problems among soldiers, including poor sleep habits, obesity and overuse injuries. The concept paper argues that even a 10 percent reduction in annual musculoskeletal injuries would add a full brigade combat team of personnel back to the deployable force.

Some elements of H2F will be familiar to soldiers, even those who didn’t participate in the pilot program that began in 2018.

For each brigade-sized unit, there are expected to be dietitians, cognitive performance experts, occupational therapists and athletic trainers, as well as 40,000 square feet of dedicated space to train troops and treat injuries.

Some of those resources already exist on post, but currently they’re “stovepiped” on each installation, according to Maj. Gen. Lonnie G. Hibbard, commanding general of the Army’s Center for Initial Military Training.

“What we’re trying to do with H2F is bring all that under a single governance,” Hibbard said during a telephone interview Tuesday. “Really, all of it under a brigade commander so he has his slice, so he can now integrate the five components of fitness onto the training schedule, just like we do for a piece of equipment.”

Sign up for the Army Times Daily News Roundup

By giving us your email, you are opting in to the Army Times Daily News Roundup.

Hibbard, whose command is the proponent for H2F, framed the program as one that prioritizes physical and mental fitness in the same way the Army prioritizes gear maintenance.

“Right now, we spend a lot of time on our schedule synchronizing maintenance and training,” Hibbard added. “Now we can synchronize, at the brigade level, personal readiness and health with training.”

Twenty-eight brigades in the operational force will be the first to receive H2F resources. And though it starts in 2021, it will take time to hire the necessary professionals.

“The goal is, by the end of the fiscal year, all 28 brigades will have their professionals that are necessary,” Hibbard said. “Then next year, we hire 18 brigades-worth and then we start including the training base from fiscal 2022 to fiscal 2026.”

The initiative does call for some investment in resources, including the construction of more than 100 facilities over the next four years, according to federal contracts.

The standard for a brigade-sized unit will be a 40,000-square-foot space that will serve as the unit-owned, “brick-and-mortar” hub for H2F, according to the concept paper.

Inside the facility, treatment, teaching and counseling spaces will be open all day and staffed by certified professionals.

Company-sized units will rotate into the facilities “throughout the day, several times per week” for group classes, strength training and coaching, the concept paper adds.

H2F aims to implement a “culture change” for the Army, Hibbard noted, one that incorporates the best science and practices available, and constantly updates both.

Musculoskeletal injuries, for instance, are a “significant contributor” to the Army’s healthcare burden, according to the concept paper.

Those injuries account for roughly $557 million in acute patient care, plus all the costs associated with lost duty days, non-availability for deployment and disability payments.

About 71 percent of new musculoskeletal injuries in 2018 were from “overuse,” which are typically preventable.

The concept paper also highlighted problems with obesity within the Army. The service’s 2019 Health of the Force report categorized 17 percent of active component soldiers as obese. In one brigade deployed to Afghanistan, obese soldiers had a 40 percent greater chance of injury than their counterparts who were at a healthy weight.

The H2F concept paper promises to proactively identify soldiers at risk of those injuries and poor fitness levels, and get them the required help, whether that be better nutritional advice, lifting instruction, sleep practices or something else entirely.

“The ultimate goal is to improve soldier health and fitness,” Hibbard said. “The big change with H2F is it’s an enterprise-wide readiness system that combines all aspects, not only the physical, but the non-physical, under a single governance.”