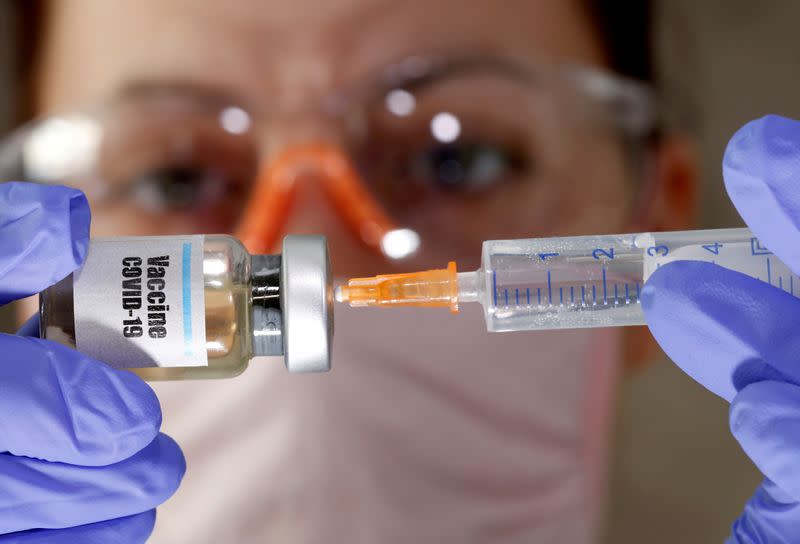 BEIJING (Reuters) – China’s Shenzhen Kangtai Biological Products said on Tuesday it planned to launch a clinical trial of its coronavirus vaccine candidate as soon as possible after it had obtained regulatory approval from the Chinese medical products regulator.

Kangtai’s candidate triggered antibodies when tested in mice and monkeys, and vaccinated monkeys tolerated high levels of the coronavirus, the company said in a filing. The firm also said the manufacturing facility to produce its vaccine candidate was complete, pending tests and regulatory certification.

It comes amid a global rush for a vaccine against COVID-19 which has killed more than 1 million people worldwide.

The candidate is an inactivated vaccine – a traditional method of inoculation using the dead virus, which cannot replicate in human cells, to trigger an immune response. Inactivated vaccines have been used against other diseases such as measles in the past.

Three inactivated vaccine candidates against the coronavirus in China, developed respectively by Sinovac Biotech and by two units of state-backed China National Biotec Group (CNBG), are already in final-stage trials and have obtained government approval for emergency use for limited groups of people.

A fourth inactivated vaccine from the Chinese Academy of Medical Sciences is in a mid-stage trial.

Kangtai also has a deal to make and supply mainland China with the vaccine candidate developed by AstraZeneca and researchers at the University of Oxford. The manufacturing facility for this vaccine candidate is expected to be completed by the end of 2020, Kangtai said.

At least 10 experimental vaccine projects led by Chinese scientists are in human trials, with four in the final stage of testing. Foreign vaccine developers such as BioNTech and Inovio have also partnered with Chinese firms to run clinical trials in China.