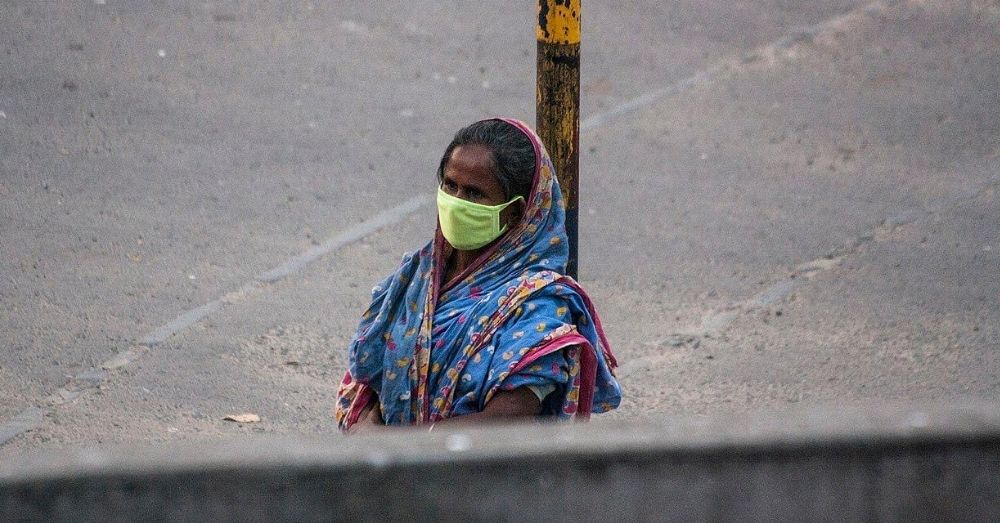 By Gayatri Kotbagi and Aatish Shinde

In 1919, Science magazine published a paper on lessons from the Spanish Flu pandemic. The paper argued that three main factors stood in the way of prevention:

(i) public indifference: people do not appreciate the risks they run,

(iii) the highly infectious nature of the respiratory infections adds to the difficulty of their control. As the period of incubation varies considerably, the disease may be transmissible before the patient himself is aware that he is attacked. Thus, people often unconsciously act as a continuing danger to themselves and others.

These factors are still very much a barrier in the way of preventing COVID-19, especially in a country like India. A lot of things that we have been taking for granted have been all of a sudden thrown under the bus due to the COVID-19 pandemic. Not just the outbreak of the virus, but the way the governments, and subsequently, the media, have handled the pandemic has made mental health a serious concern worldwide.

The unpreparedness of the nations, even with the advanced medical sciences and resources, has failed to address the mental health aspect amongst its public. Six months since the Indian government announced its first lockdown, as of 7th of October 2020, India reports a staggering 67,57,13 total cases and 1,04,555 deaths.

The Indian government’s expenditure on health as a percentage of GDP still hovers around 1·5%, one of the lowest in the world. As for mental illnesses, a recent survey by the Indian Psychiatric Society shows a 20% increase in mental illnesses since the coronavirus outbreak in India. There have also been reports pointing to the increase in domestic violence, self-harm, and suicides in India.

Through this brief commentary, we wish to look at the impact of the COVID-19 pandemic on mental health and make a case for an opportunity to build a strong mental health care system based on human rights. We would like to reflect upon the various emotional responses to the pandemic, risk communication (the lack of), and the role of social stigma in order to defend the idea for a rights-based mental health care approach.

Fear: Fear has been the central emotional response to the COVID-19 pandemic. In order to combat ecological threats, humans, just like all other animals, have a defensive system. At the beginning of the outbreak, the fear was more related to getting infected by the virus and the uncertain end date of the lockdowns. However, as the lockdown got extended, over the past few months, individuals have been afraid of the economic and social consequences (loss of livelihood, uncertain future) of having had to stay at home.

Anger: Worldwide, strong negative sentiments of fear were detected in the early phases of a pandemic. But these emotions seem to have gradually been replaced by anger. It is evident that the government responses to the pandemic were insufficient. Decisions have been made without taking people into account. The government’s unplanned approach has given rise to rage amongst different sections of the society (migrants, frontline workers, patients, teachers, students, etc.). It is also evident that it is the socially disadvantaged individuals who have borne the brunt of this pandemic. They are the first ones to lose their jobs or see their businesses flounder and lack access to healthcare.

Grief: Another emotional response to the pandemic has been that of grief. Individuals having patients or family with severe complications of COVID-19 may have experienced what is called anticipatory grief. The huge surge in deaths for frontline workers is distressing. They too, have been experiencing anticipatory grief.

As the situation has intensified, getting little time for mourning and venting out has added to their grief. Many families experience anticipatory grief because knowing their loved ones suffering and missing out on the final moment are poignant. Also, the absence of ritual, such as a funeral, often results in disenfranchised grief and also impairs support resources that help the grieving process.

Misinfodemics (spread of the epidemic through misinformation): Risk communication is one of the eight core principles of pandemic preparedness by International health regulations, which is essential to prepare for, respond to and recover from serious public health hazards like emerging infectious diseases.

The goal of risk communication is not just to disseminate information but also to raise awareness, encourage protective behavior, and to promote acceptance of risks and management measures. The debunking of misinformation is a collective responsibility, and authentication of facts is a necessity for the sake of one’s sanity. During times of crisis, the government has to over-communicate. It, however, chose to under-communicate on the pandemic. Poorly communicated or insufficient information from the government seems to have impacted disease control in India.

Persuasion through positive communication: India has paid scant regard to these principles and has communicated to the public about the disease in a way that raises more questions than it answers. The way India responds to COVID-19 has immense implications for the rest of the world.

Another aspect the government seems to have poorly managed is behavior change through persuasion (action-based approach in communication). Clear and concise messaging with transparency, regular press conferences, scientific accuracy with respect to preventive and curative measures, tailoring these messages for target audiences, delivering them consistently through multiple channels were some of the things that the government has clearly lacked upon.

Research across the globe has convincingly demonstrated that stigmatization due to infectious diseases leads to adverse outcomes both for the person stigmatized as well as society as a whole. Social stigma and discrimination (the consequence of it) can pose serious significant challenges to the health of people in general and those in particular who are most vulnerable.

Persons affected and recovering from COVID-19, healthcare and frontline workers who are at a higher risk of exposure to the virus, individuals from marginalised socio-economic groups as well as members of a particular race or religion (the Muslims in India for example) have been discriminated against. They were shunned from the housing societies, named and shamed publicly, were refused shelter, and ostracised significantly.

COVID-19 has led to the reinforcement of pre-existing stereotypes against various groups. We know that such stigma and social isolation have negatively impacted HIV prevention in the past, and we seem not to have learned from that. Those who are already targeted for their identities may find it difficult to come forward and seek support with their mental health problems due to social stigma.

Challenges Ahead: Is There A Light At The End Of This Tunnel?

The ill effect of the spread of disease, the need for isolation and social distancing, economic recession, unemployment, poverty are all responsible for the surge in mental distress. This distress is then exacerbated by misinformation, fake news, and lack of effective risk communication on behalf of the government.

This, in turn, implies that it is necessary to look at mental health and mental illnesses through the biopsychosocial lens. The biopsychosocial approach posits that biological, psychological, and social factors play a significant role in disease causation and treatment. This lens is not only limited to understanding mental health but can also be applied to understand suicides (which increased significantly).

The pandemic is also an excellent opportunity to go beyond the pharmaceutical approach to mental illnesses and develop and implement new forms of support and care. The challenge here remains how to deliver these services remotely, especially in a country like India, where digital literacy and lack of sustained internet, as well as electricity, are still significant barriers.

On the other hand, looking beyond the field of mental health implies that human rights must be implemented and strengthened. The primary societal factors that threaten mental health and well-being are inequalities, injustice, discrimination on any grounds (casteism, sexism, racism, etc.), and violence. Many governments have been suppressing human rights even before the outbreak of Covid-19. However, the pandemic seems to have given an added opportunity for these governments to undermine human rights principles further.

The best ‘cure’ for mental ill-health is where the government invests in giving a protective environment to its citizens by ensuring that they get government support packages, basic housing and that their civil and social rights are protected and upheld at all times—during and after the pandemic. In other words, we need to adopt a human rights-based approach for policies within and beyond the field of mental health.