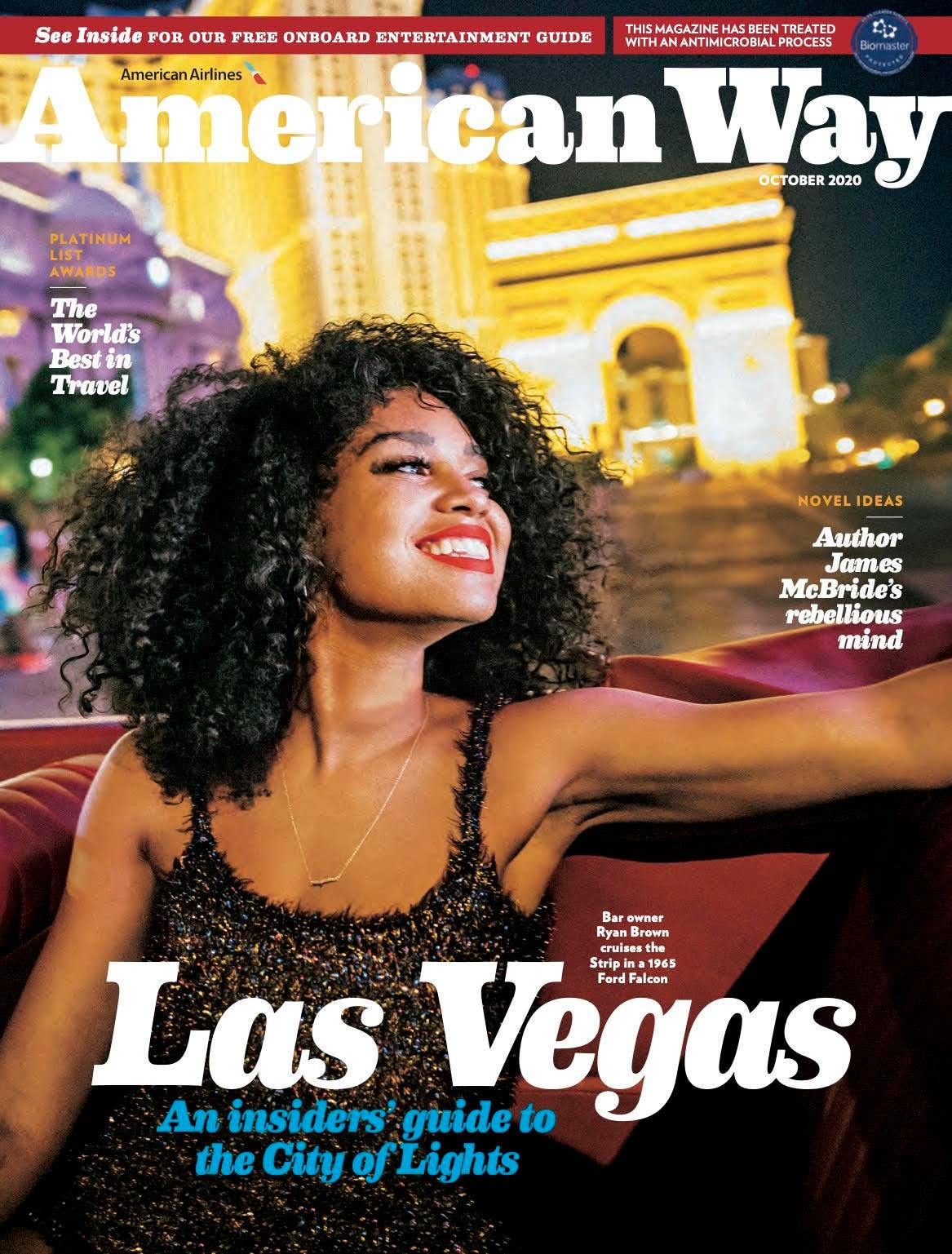 The airlines are starting to recover from the devastating toll of the coronavirus. While aircraft retirements and crew layoffs continue, passenger traffic is inching up to 40% of what it was in 2019. But while Congressional support has kept most US airlines from failing so far, no such help has been extended to the airline magazine.

When COVID-19 struck in the winter of 2020, many airlines pre-emptively removed all contents of the seat pockets, fearing they could be a nexus of disease. While in-flight magazines may not be interesting enough to go viral, apparently the airlines thought they could be contagious.

Interestingly, this fear may not have been founded. “Being made of paper, the magazine is also one of the most hygienic products on an aircraft, due to its thin, porous characteristics,” says designer Jonny Clark. “INK, the world’s leader in travel media, and content marketer Cedar have both agreed to go one step further, by [adding] new anti-microbial finishes to their paper in a bid to make their products even more hygienic.”

So, will the airline magazines come back? United Hemispheres already has reappeared in an innovative way. In partnership with INK, MileagePlus Platinum members and above are getting Hemispheres at home, the first major airline inflight magazine to be mailed directly to customers. As a United spokesman put it, “Think of it as a coffee-table magazine, something top-tier MileagePlus members will be proud to display.” Hemispheres is also available for free download.

But of the top six US airlines, only American and United have begun publishing and distributing their in-flight magazines again. Southwest, Delta and Alaska and international airlines have either temporarily or permanently suspended their publications. (JetBlue, which focuses on seatback entertainment, did not have a magazine.)

“Southwest has removed certain printed material from the seatback pockets (including Beverage Menus, Entertainment Guides, and the Inflight Magazine) in an effort to help minimize health risks to our Customers and Employees,” a spokesperson told us. “Currently, the seatback pockets only contain the required Safety Information Card and Air Sickness Bag.” A spokesperson for the publishing company confirmed that Southwest Spirit has ceased publication, at least temporarily.

“We have indeed closed the offices because of the continuing spread of Covid-19, laying off 24 people. We’ve been an independent contract publisher producing the magazine for Alaska Airlines for 33 years,” said Paul Frichtl, Editor-in-Chief of Alaska Beyond Magazine and Production Director at Paradigm Communications Group. “With the onset and accelerating spread of coronavirus back in March, Alaska made the difficult decision to remove all printed materials from its passenger cabins. We held hope that the magazines would be returned to the cabins, but the airline has told us they cannot see us going back to print in 2020.”

Nonetheless, Frichtl wrote, “We remain optimistic. Alaska Air Group Chairman Brad Tilden recently reaffirmed our partnership as an important part of the airlines’ brand proposition, and says he remains hopeful that we’ll be back up and running in 2021.”

The British publisher INK is the world’s largest publisher of airline magazines, with a splash page of testimonials from now-struggling airlines like Virgin Atlantic. The carnage in the category (and the staying power of other titles) can be seen on the INK Portfolio page list of magazines.

While American Way and United show off their September issues, the last n by Norwegian and easyJet Traveler appeared in March. Eurowings WINGS and Wizz magazines boast Summer-Autumn 2020 issues, but Etehad Atlas and Philippines Air’s Mabuhay are still waiting for April to arrive.

For more than 60 years, nearly every airline had its own magazine. The in-flights were designed to showcase both style (fabulous people and destinations the airline just happened to fly to), and substance (food and drink you could order on the flight; location of connecting gates; on-board entertainment and Wi-Fi information.) Captive audiences would thumb through the stories, absorb the ads or fall asleep doing a crossword puzzle or sudoku.

Airlines were so proud of how their magazines made them look that they urged passengers to take them home with them. For writers, the ‘airline pubs’ were a prized gig. I have been fortunate enough to write for five: Southwest Spirit, United Hemispheres, American Way, and long-departed USAir and Northwest Airlines Traveler. Up to 5 million people read my stories when they appeared in Hemispheres, Southwest Spirit or American Way.

Airline magazines offered a high level of writing, editing, photography, and design. While the content may not have been constantly compelling, the magazines had different goals; to brand the airline, to gently enlighten, entertain and sooth passengers to sleep.

The main reason the airlines provided free magazines was advertising. But as View From the Wing wrote earlier this year, “Without [many] passengers flying, there aren’t many people to advertise to – and ad revenue was the reason for producing the content. As SkyMall [the formerly ubiquitous printed gadget catalog, now bankrupt] learned, inflight internet and personal entertainment devices mean there’s no longer a captive audience for selling inflight.”

The first airline magazine, from Pan Am, appeared 80 years ago as a continuation and extension of the company’s newsletter. “New Horizons: The Magazine of America’s Merchant Marine of the Air” appeared in October 1940, according to the Pan Am Museum Foundation.

Pre-war passengers had certainly had hours to kill, as the stylish Boeing flying boats took days to reach their destinations at a cruising speed of 155 miles per hour.

Pan Am Clipper Magazine, first published in September of 1961, exemplifies the in-flight magazine as a mixed bag. The first issue has stories of timeless appeal (“Rio The City Marvelous”) along with others rather less compelling to today’s audience (“Hunting on top of the world.”). While forgotten airlines pacified petrified passengers with publications, it’s believed the longest continuously printed in-flight magazine is KLM’s Holland Herald, first appearing in January of 1966. Before the coronavirus struck, there were 150 in-flight publications.

As Anthony Grant wrote in 2018, “ there’s something to be said for those suspiciously cheery letters from the CEO at the front of the magazine, the pages with the fleet details to delight AvGeeks, the route maps with all those sinuous red lines to fire up your wanderlust.”

Unfortunately, 2018 was a coronavirus century ago. Along with numbers of the passengers, crew and even the planes themselves, many of the inflight magazines are now gone. Andin a world where everyone has a phone or tablet to play games and music, read, listen to podcasts, catch up on email or possibly Zoom from a Wi-Fi-equipped plane (ugh), do we need airline magazines?

“This unprecedented period will pass, and travelers will take to the skies once again,” says INK CEO Michael Keating. “While we have a suite of engaging digital channels, the much-loved inflight magazine is a channel that in a post-COVID world will still have a place in the hearts and minds of travelers. From a business perspective, it still makes sense to airlines, their partners and advertisers.”