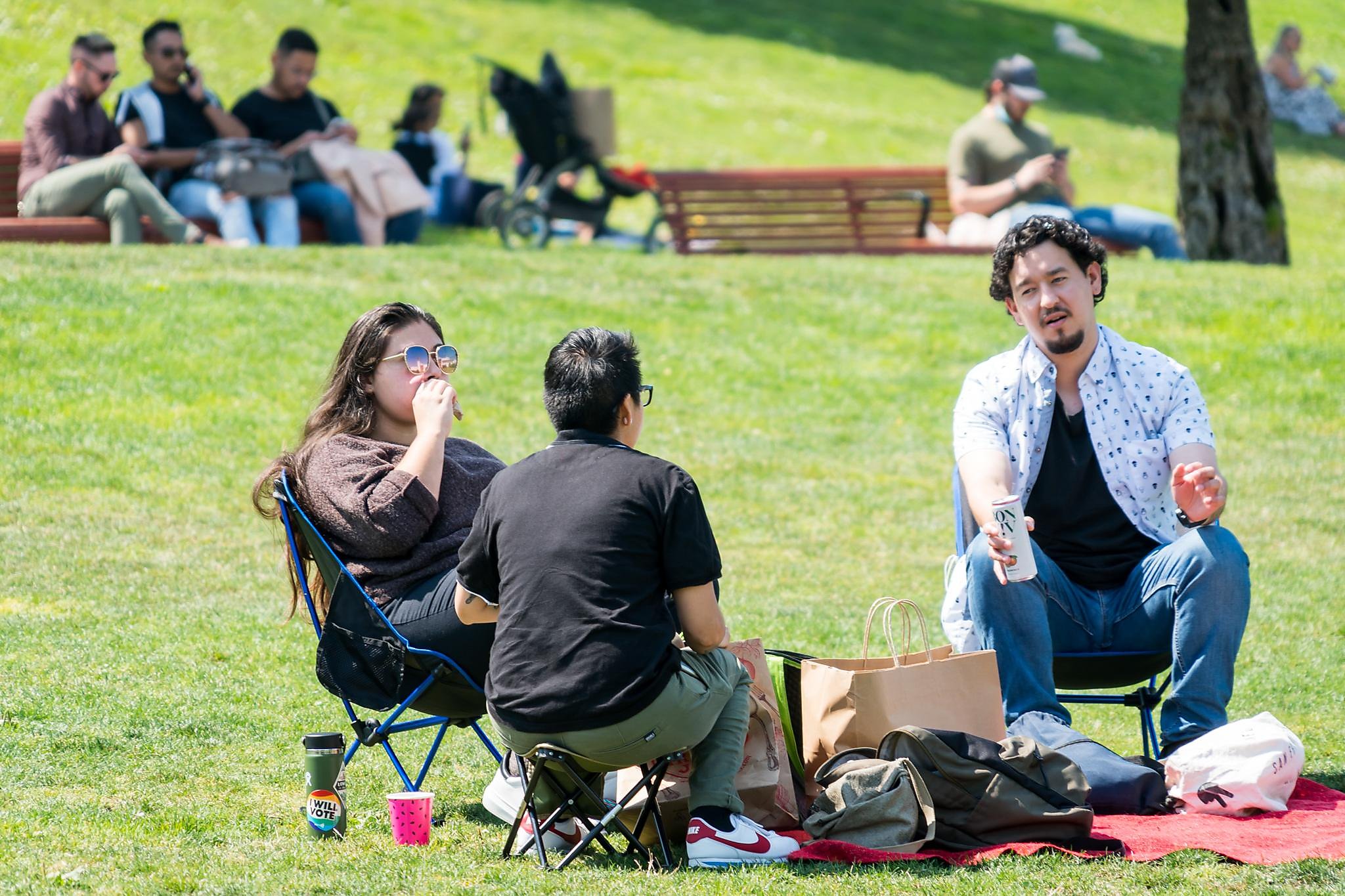 Gatherings “should be and must be done outside,” he added. People are also expected to take safety precautions, including wearing masks, practicing physical distancing and washing hands.

In the past, the state discouraged any gatherings outside of a single household.

Ghaly said the guidelines are meant to recognize that many close friends and relatives have been apart a long time and increasingly want to be together, especially with the holidays ahead.

The intention of the guidelines is not to encourage gatherings, but to inspire people to socialize safely when they do.

“Guidance here does not mean go,” he said. “It does not mean that we’re endorsing or suggesting small gatherings happen. We just want to provide important ways to reduce your risk, so you protect yourselves, your families and your communities.”

“We believe and still really support the messaging that spending time with your household alone is the way we can reduce transmission the best,” he said.

While much of the country and European nations are seeing a resurgence, coronavirus indicators in California are near their record lows. Hospitalizations are at their lowest level since early April and those in intensive care at their second-lowest level since officials began keeping track in late March. The rate of positive tests has been hovering at 2.6% for two weeks.

The Associated Press contributed to this story.