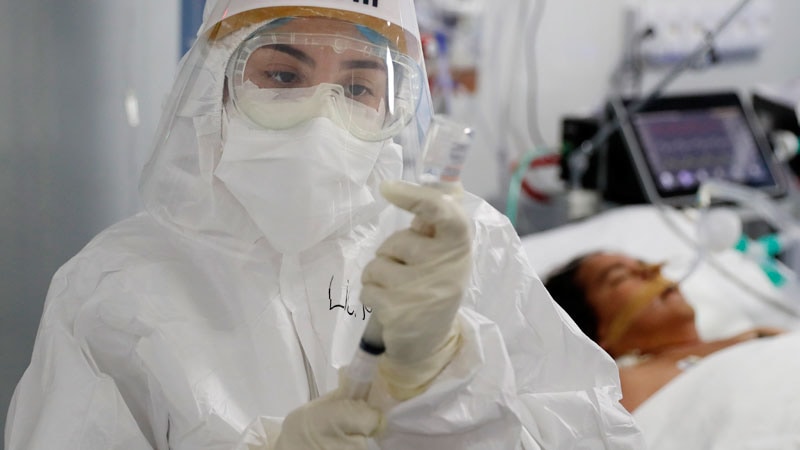 The national movement to grant nurse practitioners (NPs) greater autonomy reached critical mass this week when California Governor Gavin Newsom signed a bill that will allow NPs to practice on their own after a minimum of 3 years working under a physician’s supervision. Under current state law, NPs must always be supervised by a doctor.

The new law, enacted despite strong opposition from the California Medical Association (CMA), is scheduled to take effect January 1, 2023.

California joins 22 other states that allow NPs to practice independently, according to the California Association for Nurse Practitioners (CANP). Depending on how NP autonomy is defined, the number of states might be as high as 30, Joanne Spetz, PhD, a health economics professor at the University of California San Francisco, told Medscape Medical News.

About a dozen of those states passed their laws within the past decade, Spetz noted, and California is not the only large state in this category. Florida did the same earlier this year.

The significance of this trend has elicited a vigorous response from the American Medical Association.

“Instead, the bill would raise healthcare costs and jeopardize the health and safety of patients in California by asking them to settle for care from a healthcare provider with a fraction of the clinical training that physicians attain,” Bailey continued.

In California, Assembly Bill 890 was passed with the help of a CANP-led coalition that argued relaxation of the restrictions on NPs’ scope of practice would help alleviate the state’s severe provider shortage and increase access to care in rural and underserved areas.

In a news release criticizing the new law, however, the California Medical Association contended that access to care has not improved significantly in other states that have eased supervision of nurse practitioners.

“California still has a critical shortage of healthcare providers — including physicians — and AB 890 will do nothing to change the need for California to educate and train more physicians,” the CMA explains.

Anthony York, vice president of strategic communications for the CMA, told Medscape Medical News that NPs aren’t any more likely to practice in underserved areas than physicians are, and he said he’d seen studies showing evidence of that.

In contrast, Spetz said, “The literature is clear that greater autonomy for NPs facilitates their ability to go into rural areas.”

One of the studies she cited was a systematic review of studies of state laws that allow NPs to practice independently.

The review found that, in comparison with states with more restrictive policies, states that have given NPs greater autonomy tend to have more NPs in relation to the population, greater care provision by NPs, and expanded healthcare utilization, especially among rural and vulnerable populations.

Questions About Safety and Quality

In the CMA news release, President Peter N. Bretan Jr, MD, stated, “We strongly believe that physician-based care is the model that ensures the greatest patient safety and highest quality care for all Californians, regardless of income.”

However, Spetz noted, studies at Brandeis University and George Washington University “have found no systemic differences in outcomes between NPs and physicians.”

As for patient safety, Spetz points out that none of the states that have relaxed restrictions on NPs have rescinded those laws. “If there was a safety problem, you’d think the legislatures would fix it,” she said.

Spetz does not deny that NPs have less training and a narrower education than primary care physicians do. However, the criticisms often leveled at NPs — that they order more tests and refer out more often than primary care doctors do — aren’t necessarily valid, she said.

Some NPs do refer patients at a higher rate than doctors, she said, “because they don’t have the broader medical training. And it also probably depends on how much experience they have and the nature of the case. But in general, the data on referrals to specialists don’t show systemic patterns.”

The text of AB 890 says NPs will be able to practice and prescribe without physician supervision in most of the same ways that doctors do. However, the law says, “A nurse practitioner shall refer a patient to a physician and surgeon or other licensed healthcare provider if a situation or condition of a patient is beyond the scope of the education and training of the nurse practitioner.”

An NP should obtain a physician consultation, the statute says, in certain clinical situations, including:

The law establishes a Nurse Practitioner Advisory Committee that will include four NPs and two physicians. The advisory committee will counsel the state Board of Registered Nursing, which will continue to oversee NPs. The board will certify NPs who have attained the additional education and experience required for them to practice independently.

In some states, for example, an NP can practice independently as soon as he or she is licensed; in others, especially those that have more recently changed their laws, NPs have go through a transition period ranging from 6 months to 5 years before they can practice on their own.

California’s law specifies a period of 3 years. NPs must practice in a healthcare setting with doctors, but not under their supervision, for an additional 2 years before they can open their own offices. So the California law is on the more restrictive side, she said.

Similarly, having physicians on the NP Advisory Committee conflicts with the policy of the American Association of Nurse Practitioners (AANP), which believes NPs should be self-regulating, Spetz said. But in Virginia, NPs who practice independently are under the joint jurisdiction of the state medical board and the state nursing board.

Spetz noted the CMA’s opinion doesn’t include the majority of California’s physicians.

“They don’t necessarily represent the average doctor’s point of view,” she said. Some proponents of the AB 890, she added, have suggested a more financial reason: the CMA is less concerned about patient equity and healthcare quality than about the potential competition from NPs in independent practice.

York, the CMA’s spokesperson, shot down that notion. “People have said this is a financial issue, and it’s really not. Our larger concern is patient safety and creating a two-tiered healthcare system. We have huge healthcare equity problems in the state. We want to ensure that every Californian has the right to see a trained physician if they need one, and not deflect lower-income patients to providers who have a lower level of training.”