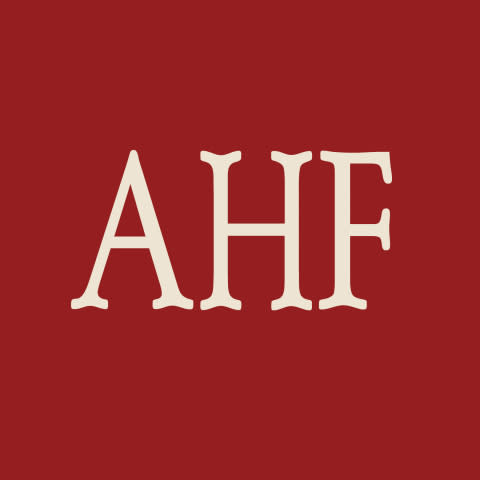 As a part of her 60th birthday celebration, Broadway’s Original Dreamgirl has partnered with AIDS Healthcare Foundation and the Black Leadership AIDS Crisis Coalition (BLACC) to produce a 2-hour virtual concert event that will support the Healthy Housing Foundation

In recognition of her 60th birthday, Broadway’s original Dreamgirl, Jennifer Holliday, has partnered with AIDS Healthcare Foundation (AHF) and the Black Leadership AIDS Crisis Coalition (BLACC) to produce a 90-minute virtual concert event, scheduled for Monday, October 19, 2020, starting at 8:00pm (EST). Tickets, which can be purchased at stellartickets.com, are $20 and $60 for VIP tickets, which includes a virtual meet & greet. A portion of the proceeds will benefit the Healthy Housing Foundation, and their critical work in helping individuals and families move from homelessness to housing and providing truly accessible affordable housing for low-income families.

Joined by a six-piece band, Holliday will perform hits from the musical Dreamgirls, a tribute to her childhood idol, Aretha Franklin, and original songs from her diverse repertoire of recordings. The concert will also feature special messages from an array of celebrities, including Oprah Winfrey, Whoopi Goldberg, Mariah Carey, Loretta DeVine, Sheryl Lee Ralph and many more.

“Our country is experiencing an affordable housing crisis at epidemic proportions. The Healthy Housing Foundation is committed to using innovative strategies to not only move individuals and families from homelessness to housing, but to also increase truly affordable housing for our most vulnerable population,” stated Anita Castille, AHF Vice-President, “AHF and the Black Leadership AIDS Crisis Coalition is so pleased to partner with the original Dreamgirl to not only celebrate her 60th birthday, but to have a party with a purpose.”

Most recently seen by audiences from across the globe in her earth-shattering portrayal of Shug Avery in the Tony-winning revival of The Color Purple, two-time Tony and Grammy award-winning artist Jennifer Holliday landed her first big role on Broadway in 1979 at age 19, in the production of Your Arms Too Short to Box with God the same day she auditioned for the show. Only two years later, at age 21, she would land the iconic role of Effie White in the Broadway musical Dreamgirls, which introduced her soul-stirring vocal abilities to audiences across the globe. Having originated the role of Effie, she remained with the show for nearly four years after its December 20, 1981 opening. During this time, Holliday’s sweep of awards included the Tony Award for Best Leading Actress in a Musical, a Grammy Award and Drama Desk and Theater World awards for her acting performance. Since winning the Tony in 1982 for her performance in Dreamgirls—as well as a Grammy for her pop cover of the anthem “And I Am Telling You”—Holliday has gone on to reprise her performance as Effie White numerous times, including on tour and at the Muny in 2012. Over her extraordinary career, spanning four decades, she has performed in the touring company of Sing, Mahalia, Sing, starred on Broadway in Chicago, appeared in a three-city tour of The Color Purple as Sofia, was featured on the album My Favorite Broadway Ladies as one of “The Queens of Broadway,” and has also released a number of gospel and R&B albums.

Launched in 2018, the Healthy Housing Foundation (HHF) powered by AHF is providing faster access to transitional and longer-term housing for low-income individuals and families. The Healthy Housing Foundation continues to demonstrate that our most vulnerable citizens—those who are at extremely low and very low-income levels—can be helped or placed into clean and safe housing without the lengthy delays, the extreme scarcity of—and the outrageously high costs—that have become the accepted standard for ‘affordable’ housing. Since its launch, HHF has housed close to 1,000 individuals throughout the Los Angeles community and is beginning work in other communities across the country. Through its affiliate organizations, HHF has housing in Georgia, Florida, New York, New Jersey, Ohio and Texas. HHF is determined to add 10,000 affordable housing units across the nation over the next ten years.

For more information and to purchase tickets for the October 19th virtual benefit concert event, go to stellartickets.com. Tickets will be available until 6:00pm (EST).