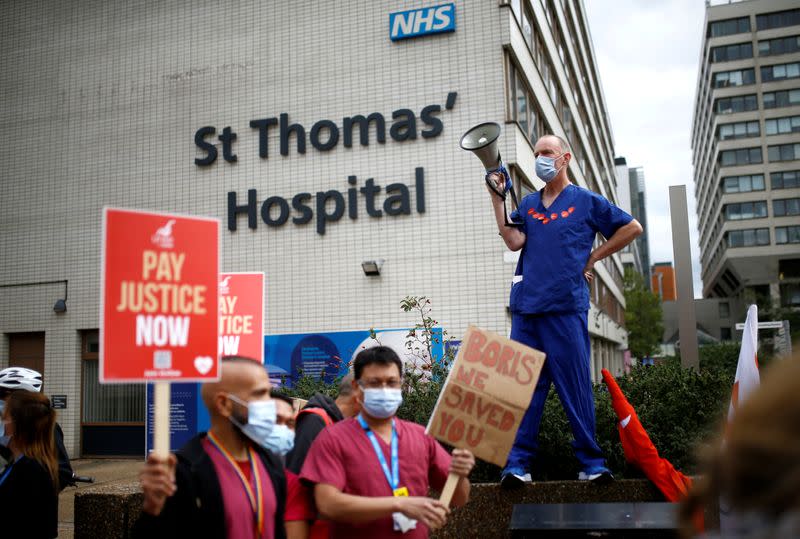 LONDON (Reuters) – Britain’s National Health Service pledged on Thursday to become the world’s first healthcare system to cut carbon emissions to net zero, hoping to achieve that by 2040 with measures from electric ambulances to energy-efficient hospitals.

The sheer scale of the state-run NHS, which employs 1.5 million people and accounts for about 7% of Britain’s economy, means the move could put significant pressure on its thousands of suppliers to decarbonise their operations.

“It is not enough for the NHS to treat the problems caused by air pollution and climate change – from asthma to heart attacks and strokes – we need to play our part in tackling them at source,” NHS Chief Executive Simon Stevens said in a statement.

Tedros Adhanom Ghebreyesus, director general of the World Health Organization, welcomed the move, saying cutting emissions was vital to health everywhere. “Health is leading the way to a greener, safer planet,” he said.

Doctors are increasingly concerned about the health impacts of climate change, from more deadly heat waves to the spread of mosquito-borne diseases.

The NHS’ move reflects growing recognition of the impact that healthcare systems themselves have on the environment.

The NHS, the largest employer in Britain, says it produces 4% of the country’s carbon emissions.

Britain last year became the first major economy to adopt a legally-binding target to reduce greenhouse gas emissions to net zero by 2050. It is due to host two weeks of talks to bolster the 2015 Paris climate agreement next year.