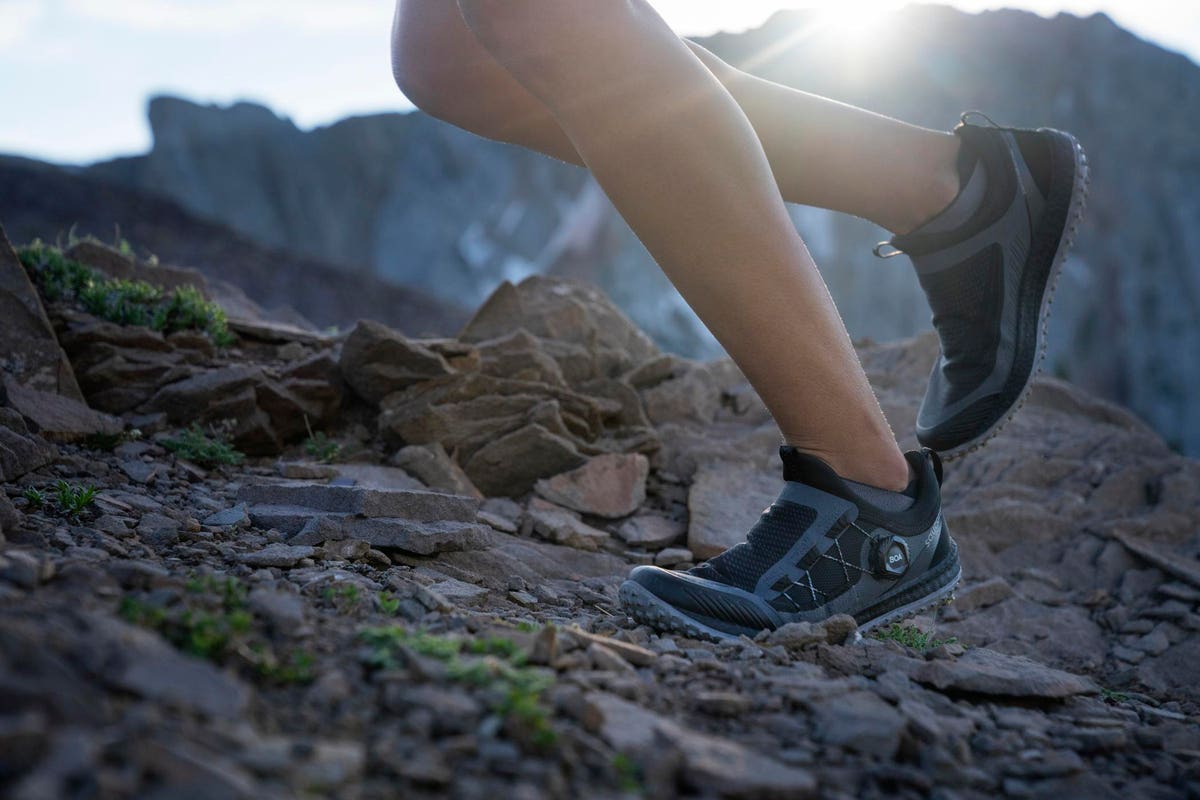 There was once a day when the vast majority of snow sport and cycling footwear featured traditional shoelaces. BOA Fit System changed that. Without losing focus on the outdoor industry, BOA now aims to take on shoelaces across a variety of footwear segments, including court sports and running, while using a new Performance Fit Lab to prove its benefits.

“If you dissect our tagline on what BOA is: fast, effortless, precision fit,” says Ilya Minkin, vice president of commercial Asia, global snowboard and medical, “fast and effortless are core benefits and very obvious in a lot of sports and segments. What we are proving in the Performance Fit Lab is an inherent benefit with connecting the user’s foot to the midsole and that is uniquely done by BOA.” Therein lies the precision fit proof point.

BOA began in 2001 as a snow sport alternative to laces, using an interconnected system where the BOA dial tightens laces. Since that start in snow, BOA expanded into additional outdoor spaces and has subsequently branched into workwear, medical and athletics the world over, supplying its system to companies. The BOA Fit System is now on nearly 17 million consumer products per year. That number grows annually.

BOA partners with the most premium brands across the world, from Burton and K2 to Salomon, Saucony, Adidas, Asics and dozens more. “We have over 300 partners and our overall objective is to grow deeper partnerships and grow more products with them,” Minkin says. “We try to find the brands that are the most premium in a given market and are collaborate on how they work. Really, at the end of the day we want to make their best products better with BOA.” With 70 percent of the business is still rooted in mountain athletic sports, expect to see BOA continue to expand on its yearly growth as it reaches new markets.

Dave Dickensheets, vice president of product development, says they aim to work with high-level athletes and “transform fit and performance through fit solutions.”

Even while putting a focus on improving current dial systems — BOA has four main categories of dials, each with a specific purpose — BOA aims to prove out an improved performance benefit for footwear from trail running to basketball. The main dial options include the H line for high-tension needs, such as a snowboard boot; the M line, often for workwear or backpacking, fits on a mid-cut boot and puts a focus on durability for the harshest conditions; the L collection is lightweight, lower tension for a low-cut footwear, such as trail running or golf; and the S is the specialty dial, covering everything from cycling to helmets and other specialty applications.

BOA introduced two new products in late 2020, the Li2 for cycling and H4 for snow sports. The H4 is hitting the consumer snow market in fall. By crafting a durable dial cartridge that can disengage from the product upon a major impact, but then click back in, it enables users to continue riding snow even after a big hit. The H4 also features a universal spool that allows the dial to work with either textile or steel lacing systems, making it easier on manufacturers and consumers.

The Li2 represents the newest product in cycling, featuring a lower-profile dial that drops stack height to 11.2mm and diameter to 28mm to “minimize the profile on the shoe,” Dickensheets says. The cartridge-based system permits quick replacement and the incremental dial allows wearers to dial-in fit in both directions, with forward tightening and reverse loosening.

A power pull lace design doubled lace tensions with a dual-pull system, enabling a smaller dial. A new composite over mold for the Li2 also improves consistency of grip. “We packed the mechanism into a much smaller profile,” Dickensheet says. “Dropping from 14.3 millimeters to about 11 millimeters doesn’t seem like a lot, but when you put it on a shoe, those are three big millimeters of stack-height reduction we think consumers appreciate.”

This is also the first BOA product with a true sustainable play, reducing virgin plastic in design and production.

As the new H4 hits the snow and Li2 the cycling industry, BOA is using its 1-year-old Performance Fit Lab — it opened at the company’s Denver headquarters in October 2019 — to prove performance benefits in other sports.

Dickensheets says that while the company has long tested around durability and quality, having the new lab aims to show partners that the fit system has a performance benefit around agility and speed, something it hopes to scientifically show with a white paper in conjunction with the University of Denver. Expect additional studies and tests exploring the benefits of health and endurance and power and precision.

In court sports — mainly basketball, tennis and badminton — where lateral cuts become a key movement and even trail running, BOA has put a focus on configurations and testing to show that using a fit system to lock the foot into the midsole and heel can create faster reaction times. The benefit in connecting the foot to the midsole without inflicting pain, Minkin says, can create a faster reaction in movement.

That’s why the new Saucony Switchback 2 coming out this fall uses the new BOA wrap system, altering the design of the actual shoe to eliminate the traditional U-throat and using panels to overlap the foot to not only secure it to the midsole but improve heel hold without applying pressure on the forefoot that lacing does. The wrap system, secured by the BOA Fit System, still allows for a forefoot splay while improving midsole and heel connectivity.

“I think it goes back to this transition to the wrap,” Dickensheet says. “Laces apply all this pressure on the forefoot. We can eliminate that with this wrap. At the end of the day, that is something laces can’t do. It is an aggressive goal and a long journey when you look at laces, but we can offer performance that laces just can’t fundamentally do.”

Already BOA has partnered with Adidas for a tennis product, Yonex for a tennis and badminton and Chinese-based Anta for BOA’s first basketball collaboration. From trail running to court, BOA sees growth areas in expanding beyond just a component and into a design partner.

“If you look at the two markets we are most established in, snowboard started with shoelaces and slowly but surely it has becomes less and less a predominant solution,” Minkin says. “Cycling footwear also started with shoelaces and slowly but surely that is less dominant.” BOA’s top competitor is shoelaces and while BOA never aims to eliminate them completely, expect that top market — one that can handle a $15 to $20 premium for the BOA product — to continue to see laces give way to the Boa Fit System.