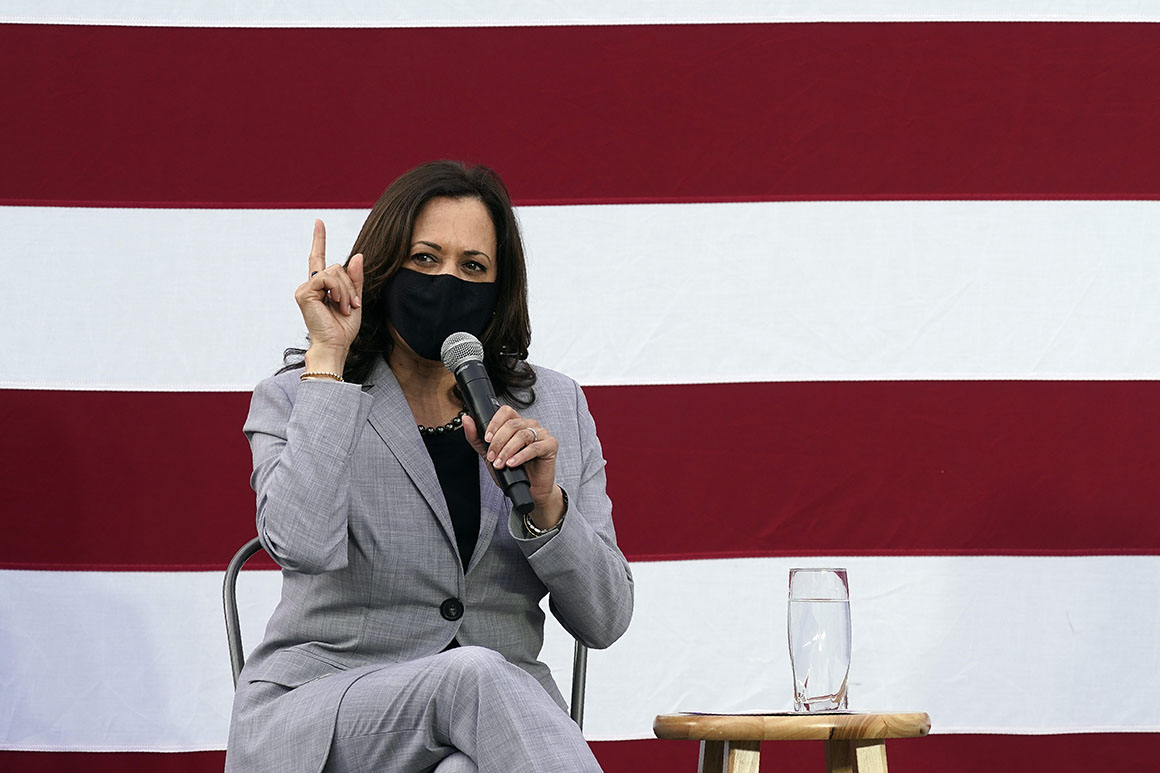 While social distancing guidelines call for at least 6 feet of space between individuals to avoid exposure to coronavirus, the Biden campaign argued that medical professionals recommend a greater distance of separation for individuals spending longer periods of time next to one another indoors. Pence and Harris are scheduled to face off Wednesday night for a 90-minute debate in Salt Lake City.

Biden campaign officials raised the candidate positioning as a “very serious concern,” according to the source, who said the campaign also cited unease over the lack of mask-wearing enforcement during the presidential debate in Cleveland. The source said the commission and the Trump campaign had supported the 7-foot spacing.

A commission spokesperson did not respond to requests for comment.

“We are open to more space between the candidates, which we will be happy to negotiate,” Murtaugh said.

Several members of the Trump family who were in the audience for the first debate did not wear masks even though they were supposed to do so inside the venue. When a doctor from the Cleveland Clinic approached the Trump family, offering them masks, they declined and no further action was taken.

Trump, first lady Melania Trump and senior aide Hope Hicks have since tested positive for the virus and are in quarantine. The positive tests came after Trump chided Biden during the debate for wearing a mask.

The Biden campaign has taken extraordinary measures to keep its candidate and campaign staffers virus-free. Those who traveled to the debate with Biden earlier this week underwent Covid-19 testing on Friday after learning of the president’s positive test results.

Alex Isenstadt contributed to this report.