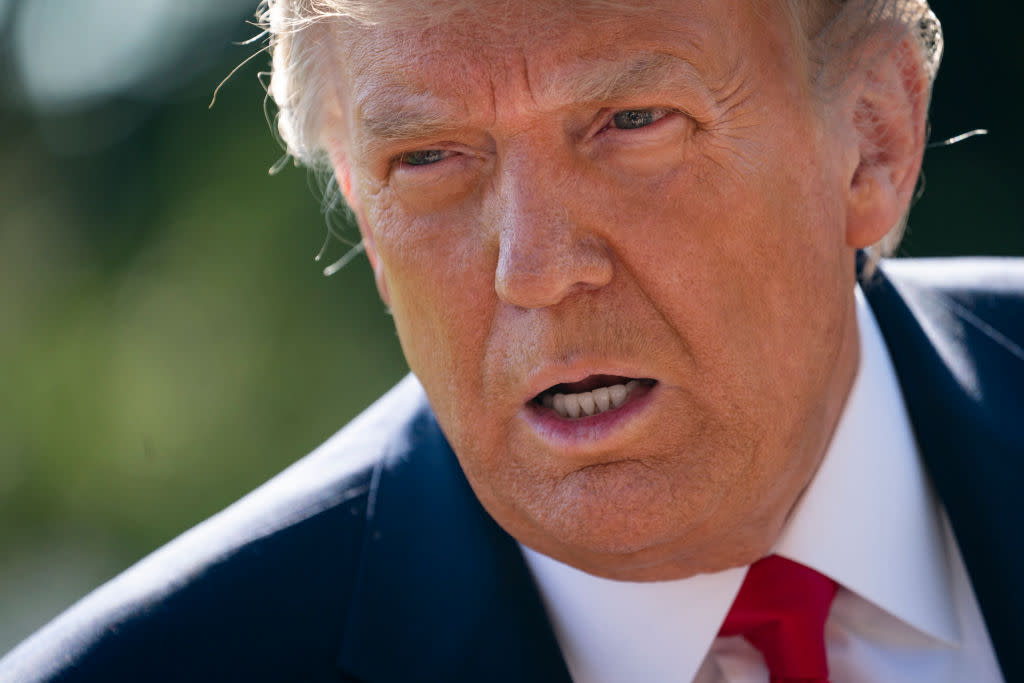 U.S. President Donald Trump speaks to reporters on his way to Marine One on the South Lawn of the White House on September 30, 2020 in Washington, D.C. Credit – Drew Angerer—Getty Images)

The news that U.S. President Donald Trump and First Lady Melania Trump have tested positive for COVID-19 is a reminder of two stark truths that we’ve known since the first days that the novel coronavirus reached the United States: that the virus respects no boundaries, and that older people are at higher risk of getting infected.

About 10 months into the pandemic, the science shows that the elderly not only remain more vulnerable to infections but are also more likely to develop severe illness. About 80% of deaths in the U.S. from COVID-19 have occurred in those 65 or older, according to the U.S. Centers for Disease Control and Prevention.

At this point, Trump, 74, does not appear to share many of the risk factors that make older people more susceptible to infection and severe disease. The highest percentage of deaths among older patients with COVID-19, for example, occur among those with other medical conditions and in shared living facilities, such as nursing homes.

The President’s physical from last summer, however, revealed he had a body mass index that would categorize him as obese — though just barely. That’s one of the CDC’s risk factors for developing severe COVID-19. Still, health experts have learned that it’s hard to predict how individual people will respond to infection.

“It’s not a black and white picture at all,” says Lesley Russell, adjunct associate professor at Menzies Center for Health Policy at the University of Sydney and former health policy advisor to the Obama Administration. “We know this is a very strange disease and all sorts of things happen.”

While advanced age may increase the risk of severe disease, doctors have also learned more in recent months about how to reduce that risk. Increased testing capacity, which Trump has been criticized for suppressing in the early days of the pandemic, is helping to detect cases earlier, which allows doctors to better monitor patients when symptoms worsen. (The President and First Lady were tested when one of his staff members, Hope Hicks, who traveled with Trump to the presidential debate this week, tested positive.) While there are no formally approved antiviral drugs to treat COVID-19, there are experimental medications such as remdesivir, which the U.S. Food and Drug Administration has authorized on an emergency use basis to treat the disease. The agency has also authorized steroid and other anti-inflammatory medications to help suppress some of the inflammation that is linked to severe disease and can impair people’s ability to breathe on their own.

All of these efforts are contributing to lowering death rates among those who are infected, says Dr. Li Yang Hsu, co-director of global health at the National University of Singapore’s Saw Swee Hock School of Public Health. “Hospitals in most countries around the world are no longer overwhelmed the way they were in Wuhan or northern Italy, for instance,” he says. “Especially in high income countries with good health care systems, supportive care can help to prevent deaths.”

For now, Trump and the First Lady have begun to self-isolate and can only wait and see if they develop symptoms. The President’s doctor, Sean Conley, said Trump and the First Lady “are both well at this time.” Studies have not shown that starting antiviral or other therapies early in the disease can prevent progression of the disease, but knowledge about treating early infection is still evolving, including when and how to use drugs like remdesivir. “At the point that [Trump] is now in the disease process, there is no treatment,” says Russell. Politically, too, the country now enters wait-and-see mode; as the President and First Lady’s result adds further chaos to an already turbulent election season.