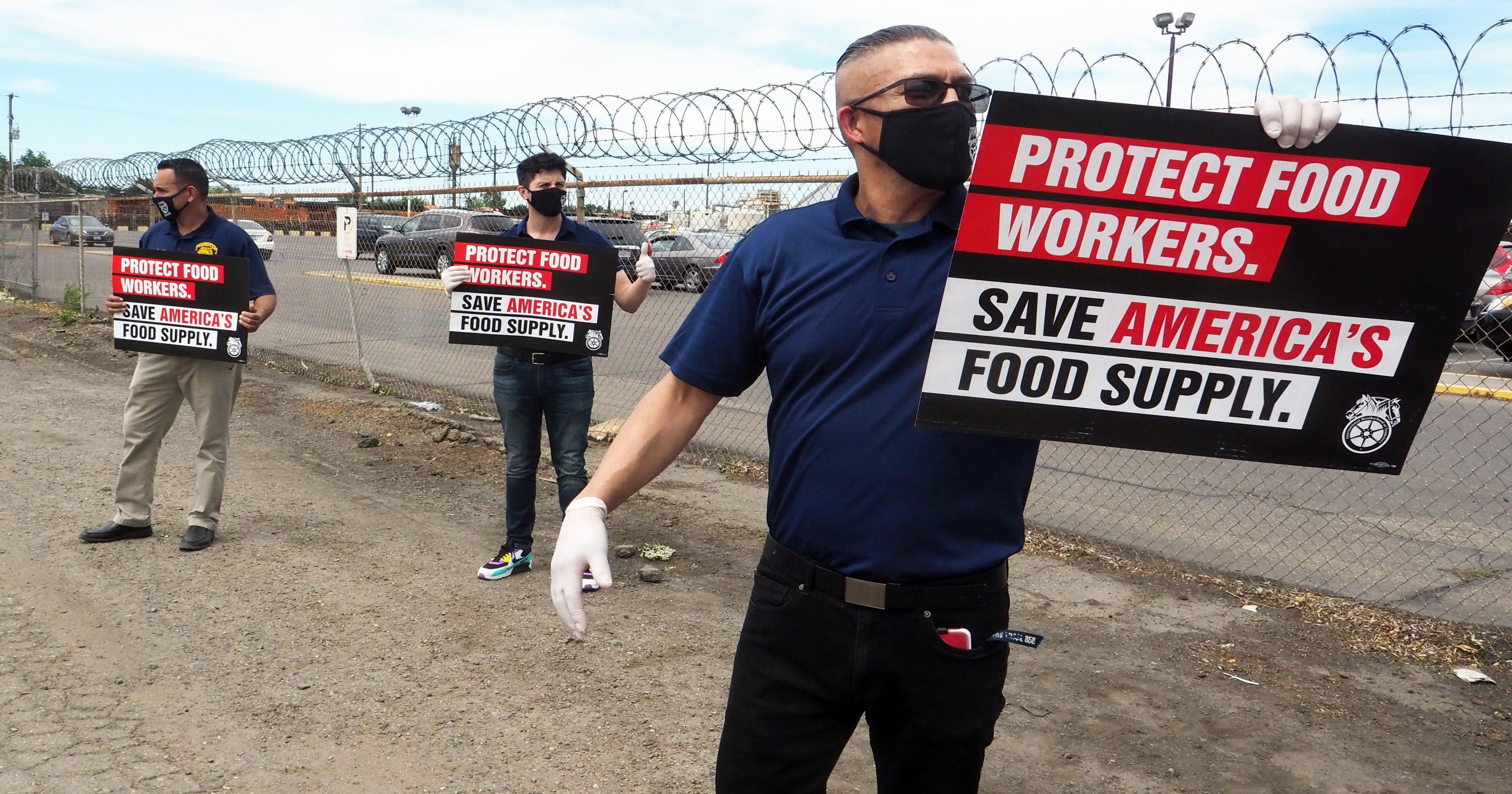 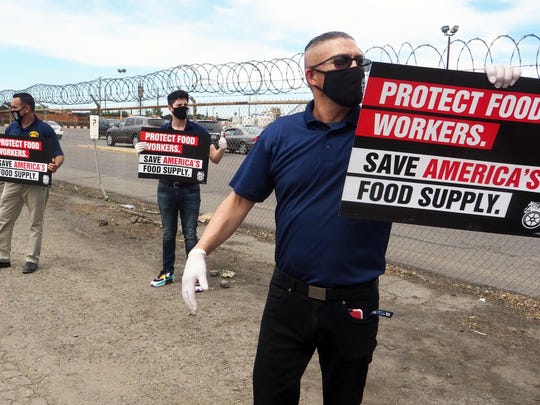 To the extent daily life resembles what was “normal” six months ago, it is because wage workers are risking their health and even their lives.

During the pandemic they deliver packages, ring up groceries, staff convenience stores and pharmacies; they tend to the sick and injured in hospitals; they provide maintenance and repair, manufacture parts and appliances, harvest and package food; and they pilot the trucks, trains and ships that move goods around.

Writing in labor news outlet The Stand in April, the Teamsters’ Jamie Fleming offered a side-by-side comparison of two food processing plants in the state of Washington — a tale of two workplaces.

One was a Tyson beef processing plant that saw a major outbreak of COVID-19 among its workers yet carried on with production initially before shutting down for two weeks following harsh publicity and community pressure.

Nearby, a facility where workers processed French fries for Lamb Weston responded to its first case of the disease late in March by immediately shutting down, sending its employees home with pay while the plant was sanitized.

Guess which of these two workplaces had a union representing its folks.

“Would they be taking care of us like this if we didn’t have a strong union presence here? I can’t say for sure, but from what’s going on at the nonunion plants around here, I guess not,” Patricia Gilmore, a shop steward at the Lamb Weston plant, commented for The Stand.

For more local news and commentary,subscribe to the Las Cruces Sun-News today.

An organized workforce correlates with higher wages, improved benefits and better conditions in the workplace; yet over my lifetime, power has shifted away from workers toward employers as union density wanes.

In 2019, the federal Bureau of Labor Statistics reported a mere 6.2 percent of private sector workers belonged to unions. Food prep and serving was among the least represented occupational groups: 3.5 percent of those workers had a union to back them up and help them negotiate with their employers.

Yet 2019 also saw some major work stoppages and important victories for teachers and auto workers among others. This year, the uneven and limited shutdowns mandated to slow the spread of COVID-19 have demonstrated the disruptive power of slowing work.

After World War II, the power to negotiate — and withhold labor — was essential to equalizing distribution of income and improving life under capitalism for wage workers.

The link between the erosion of unions and stagnating wages is consistent, an outcome of a concerted political struggle over the past half-century. Besides wages, workers have seen the cost of their health insurance (which remains a sector for enormous profit) go up while their power to negotiate schedules, safety conditions and other terms has dissipated.

Yet social class is a story about power, not just a paycheck.

Labor teacher and economist Michael Yates, writing in September’s Monthly Review, names several factors hindering efforts at a transformative labor movement: Multiple forms of corruption within unions; a failure to confront racism and male supremacy and explain how these ideologies pit workers against each other; and a “disastrous embrace of labor-management cooperation” which has boosted profits over human welfare and, critically, refused to push for greater worker control of production and distribution.

“Worker education is a dead letter in almost all labor unions,” Yates pronounces.

Given these limitations, he situates unions within a figurative ecosystem of community and political organizations that might empower people to reorganize production and power.

Perhaps, while everyday people are pressured to risk their lives to preserve “normalcy” even as society slides toward autocratic rule, it is a time not for despair but for audacity, to get busy instead of morose, and decide for ourselves for what and whom we risk life and health.

Talk back to Algernon D’Ammassa via [email protected] or @AlgernonWrites on Twitter.