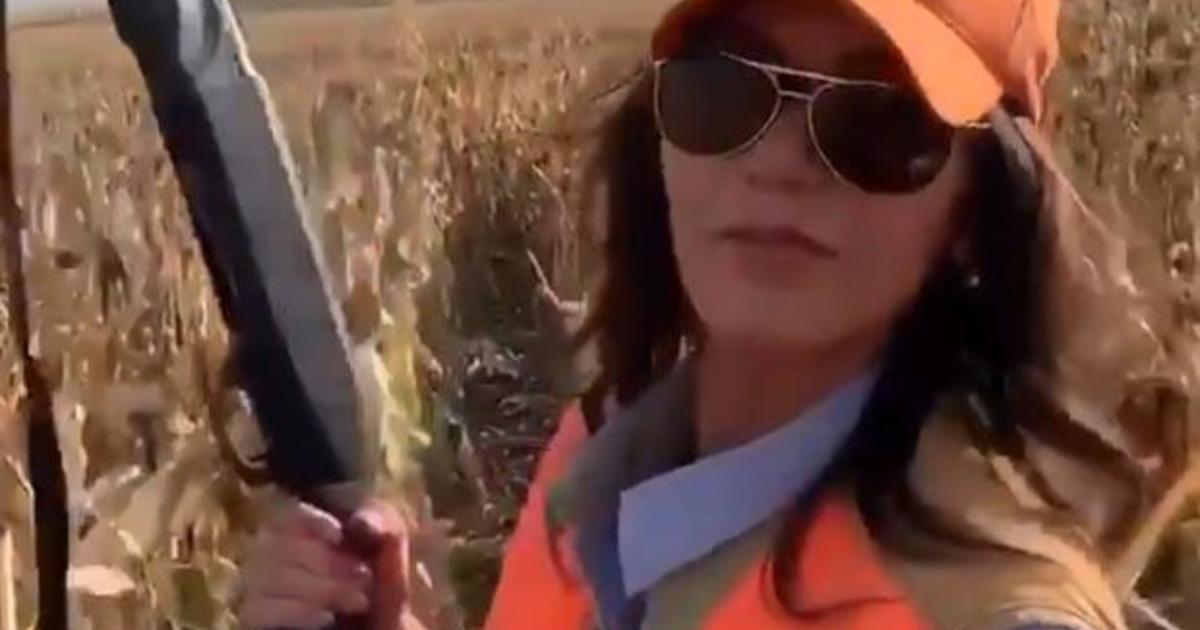 Over the last two weeks, South Dakota has reported the nation’s second-highest number of new coronavirus cases per capita. The rolling average number of daily new cases has increased by nearly 50% in that time.

But the surge in cases has not put a stop to Republican Gov. Kristi Noem’s tourism pitch. In a video recently posted on Twitter, she declares:  “This is how we do social distancing in our state.” Noem then shoots what appears to be a pheasant and says, “Less COVID, more hunting. That’s the plan for the future.”

South Dakota Department of Health officials on Sunday reported 412 new cases of the coronavirus, for a total of 2,849 positive tests in seven days and 21,541 cases since the pandemic began.

The number of active cases increased by 48, to a record 3,790. Hospitalizations rose by three to 216 and the death toll remained unchanged at 218, health officials said.

South Dakota ranks second in the country behind North Dakota in the number of new cases per capita in the last two weeks, according to The COVID Tracking Project.

The new records came days after Noem on Twitter described the virus’ spread as having “peaked” in the state.

But Secretary of Health Kim Malsam-Rysdon on Thursday warned that the growth in cases would continue if people don’t take steps to mitigate spreading infections.

“We need everyone working really hard to see any change in the numbers,” she said.

The state has also seen some of the nation’s highest positivity rates for the virus, which is a sign that many more people have infections than tests are catching. The seven-day positivity average was over 22%, according to the COVID Tracking Project, and last Thursday’s rate was even higher – over 30%.

Malsam-Rysdon said the Department of Health has received reports of people avoiding getting tested or not isolating after being exposed to people with the coronavirus. But she said there are no plans to issue orders to mitigate the spread of infections and the state will stick to a strategy that relies on people making personal decisions to take precautions.

Noem has said she is focused mainly on the number of hospitalizations from the virus. Even as the number of people hospitalized hit a new high, 44% of hospital beds remained open in the state, with 8% occupied by COVID-19 patients.

Noem has carved out a reputation among conservatives nationwide for her hands-off approach to the pandemic. She has also aggressively marketed South Dakota as a tourist destination.