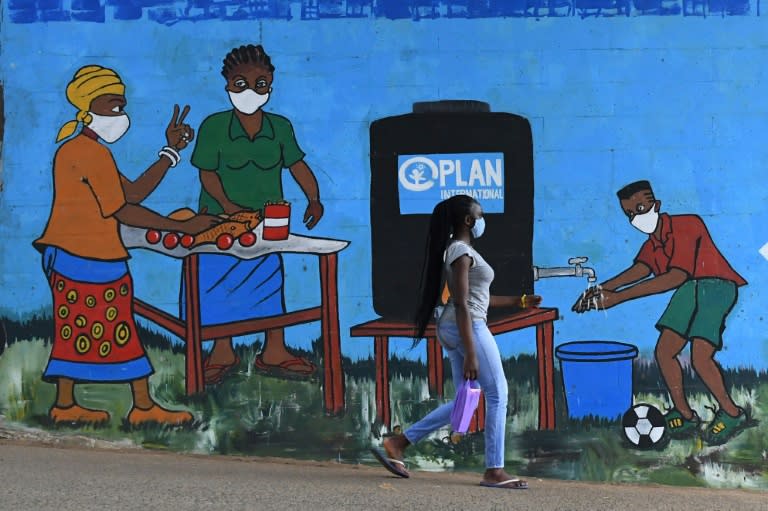 Kenya is reporting a decline in coronavirus cases, and hospital admissions for Covid-19 have fallen sharply, but some frontline health workers say infections are going undetected and could even be rising.

For several weeks, the health ministry has been recording between about 50 and 250 new infections every day, a sudden and considerable slump from highs approaching 900 in just late July.

The government has responded by easing some of the strictest measures imposed to contain the pandemic.

This week, President Uhuru Kenyatta announced the reopening of bars, increased capacity for weddings, funerals and religious services, and relaxed an evening curfew in force since March.

In Nairobi, which has recorded more than half of Kenya’s nearly 39,000 official cases, intensive care units bracing for the worst just weeks ago are operating below capacity.

Elijah Ongeri, director of nursing at the private Metropolitan Hospital, said the isolation unit was “almost closed” and the ICU had just two patients.

“From the first week of August, it went down sharply. Everyone experienced the same (thing), it was so sudden. July was so sharp, and suddenly people were not showing up,” he told AFP.

Doctors and frontline health workers interviewed by AFP said the rate of transmission could very well be slowing, reflected in less cases and hospital admissions — but warned that other factors could be at play.

The government no longer requires positive patients to be hospitalised but instead encourages them to stay at home. It also stopped covering treatment costs for lower-income families, discouraging many from going to hospital.

A pervasive stigma, too, around Covid-19 dissuades many from getting tested or requesting medical assistance, health professionals say.

“People have realised you don’t die, so are not coming out if (they have) symptoms. They prefer to stay home until it’s a severe case,” says Jeremy Gitau, who coordinates the response team at Covid-19 at Kenyatta Hospital.

“(The) number of infections are high, but people requiring admission? No.”

Kenya has recorded about 700 deaths from Covid-19, and only a small number of positive cases have evolved into a severe form of the disease.

The overwhelming majority of cases in Kenya — 93 percent, according to the health ministry in August — are asymptomatic.

The 50-million strong population is also young: just 2.4 percent of Kenyans are aged above 65, according to World Bank data from 2019.

The total number of tests has also plummeted from around 8,000 per day in July to around 3,000 today.

Joanne Hassan, a microbiologist from the state-run Kenya Medical Research Institute (KEMRI), said they tested as few as 200 per day now compared to highs of 3000 in July-August.

The government has also abandoned mass testing, focusing instead on symptomatic people and their contacts, and screening vulnerable workers like health service providers and truck drivers.

The decision was made in the middle of August as the country ran low on testing supplies, particularly in the public sector.

Kenya’s public hospitals are equipped with GeneXpert machines, which also screen for tuberculosis, and the reagents needed for this, testing devices are in short supply on the world market.

“They have the money, they have the staff, but they don’t have the reagents,” said one NGO worker speaking on condition of anonymity.

Kalebi, from Lancet, said the official figures do not fully reflect the extent of the pandemic in Kenya.

But it’s not all bad news.

“The good thing is those that are at higher risk are tested, so we can extrapolate, and other people are even less likely to have it,” he told AFP.

The positivity rate — the number returning a positive test from all samples — has declined from a high of 13 percent at the end of July to about 5 percent in recent weeks.

But the threat of the virus resurging remains a real concern. Kenyatta said Monday the country was at its “most vulnerable and fragile at the moment where we think we have won”.

Hassan, from KEMRI, expressed concern about the capacity of ill-equipped smaller hospitals outside major cities, particularly those lacking testing facilities, while others worried a second wave could go undetected.

“The country may never actually know that it is experiencing a second wave until 2-4 weeks into the second wave, by which time the infection would have extensively spread,” Kalebi, of Lancet, said.