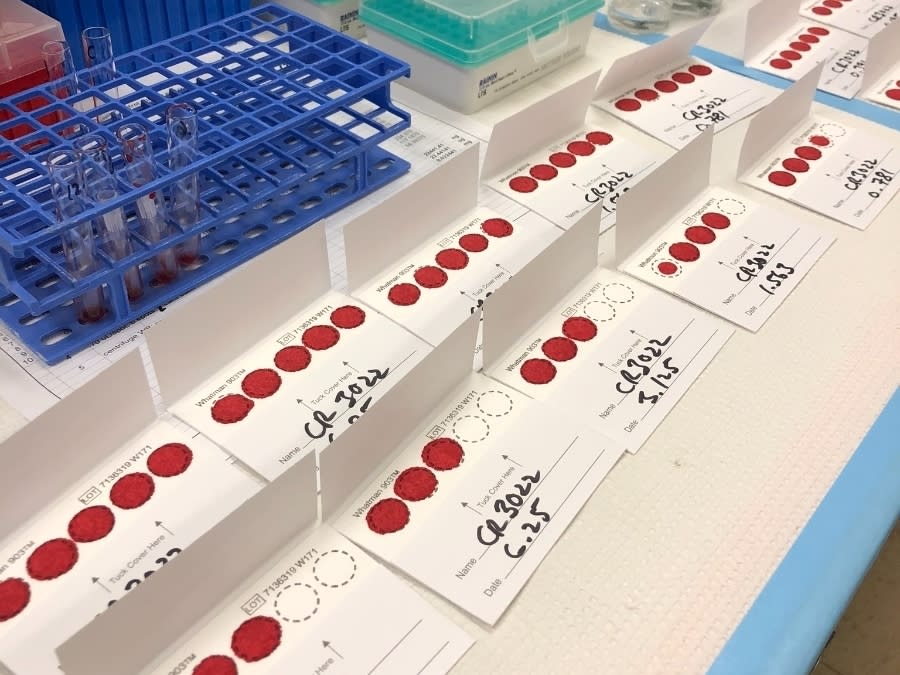 EVANSTON, IL — Preliminary findings from a Northwestern University coronavirus study suggest that far more Chicago residents have been infected with COVID-19 than previously believed, with nearly 20 percent of the first group of people tested showing antibodies for the virus.

The Screening for Coronavirus Antibodies in Neighborhoods, or SCAN, project has so far tested the 1,000 blood samples for evidence of an immune response to exposure to the new coronavirus, according to researchers.

The samples were provided by residents of 10 ZIP codes in the city. With additional funding secure, the study has expanded to collect more than 3,000 more samples from across Cook County.

Thom McDade, principal investigator for the project, said the study was not designed to pick a fully representative sample of the city. Instead, researchers picked pairs of adjacent ZIP codes where the infection rate was above average in one and below average in the other.

“There are a large proportion of people who have been exposed but never had any symptoms and never got sick, so we’re using the antibody test to identify where the virus has spread in the community and how it’s been transmitted,” McDade told Patch. “But it also tells me that there’s probably been a higher level of exposure than previously thought. “

About 5 percent of participants reported having been diagnosed with COVID-19 or having tested positive, while the city’s overall rate of confirmed cases is just over 3 percent.

Still, if the early results were to hold true for the rest of the city, hundreds of thousands more Chicagoans have been exposed to the the virus than have tested positive for an active infection. Viral testing has detected 83,000 confirmed cases in the city as of Friday, according to the Chicago Department of Public Health.

Co-Investigator Dr. Elizabeth McNally, director of the Center for Genetic Medicine at Northwestern’s medical school, told the Chicago Tribune, which first reported the preliminary results, that the testing method the study uses is more sensitive than commercial antibody tests, which could be missing one in four cases. Other studies have found that the actual rate of COVID-19 infections were 10 times higher, at least, than the number of detected cases reported by public health officials.

The project’s antibody, or serological, testing requires participants only to prick their finger and mail in a drop of their dried blood, with results provided online within about a month.

“Widespread serological testing is essential for figuring out how the virus is spreading in the community, but it is very hard to screen large numbers of people when the tests require people to come to a health care provider,” McNally said in a May announcement the new one-drop test.

McDade said his Evanston lab has developed about 10 previous blood-spot tests over the past two decades.

“For me it’s a tool for getting access to blood in places where I normally wouldn’t otherwise be able to access blood. So it allows you to get into the community and collect the blood sample and then bring it back to the lab where you can analyze it with a high degree of precision,” he said. “In the current COVID situation this is a great method because we can mail out these kits to people. They don’t have to leave their homes to give a blood sample.”

McDade said researchers plan to check back in with participants about three months after the initial test. But it is too early to say whether there is some threshold level of antibodies necessary for protection against coronavirus reinfection.

“What does that mean moving forward? Are people who have been exposed — even at this low level and come up positive with our antibody test — do they have some immunity to subsequent waves of infection?” McDade said. “That is a question we don’t have an answer to yet, but that’s one of the things we’re designing SCAN to help answer.”

Residents of Chicago or suburban Cook County interested in applying to participate in the next round of Northwestern’s SCAN study were asked to fill out an online form.

This article originally appeared on the Evanston Patch