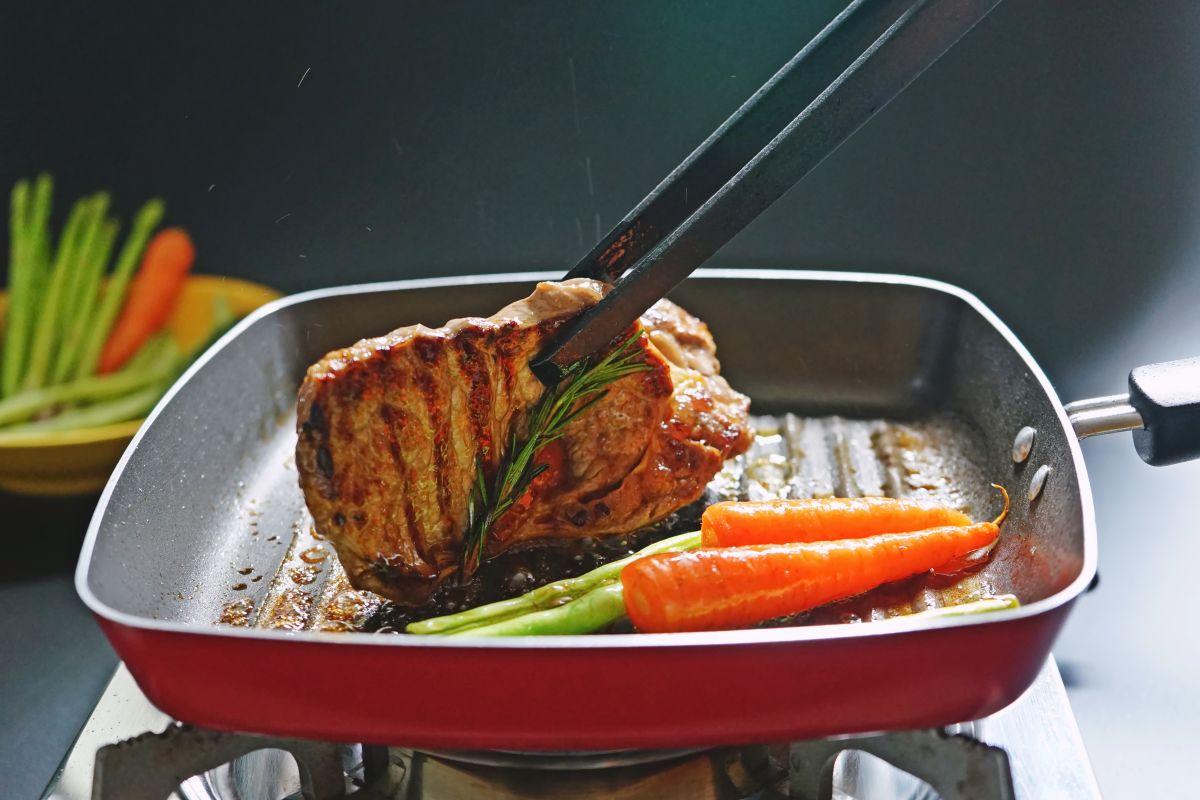 Spending each morning at the kitchen sink scraping at the charred remains of breakfast gets tedious after a while. Non-stick cookware may seem like an appealing alternative — but is it safe?

Usually when people inquire about the safety of their non-stick cookware, they’re talking about Teflon, said Suzanne Fenton, a reproductive endocrinologist at the National Institutes of Environmental Health Sciences in North Carolina. Also known as polytertrafluoroethylene (PTFE), this clear plastic is used to coat metal pots and pans, giving them a waxy, easy-to-clean surface — and for decades, scientists have debated whether it’s safe for cooking.

Experts tend to agree that Teflon itself isn’t a problem. The coating itself is considered non-toxic. Even if you ingest small flakes of it, it passes right through you. But some experts are concerned about what happens when Teflon gets too hot. “When pans are overheated, that PTFE coating begins to disintegrate,” Fenton told Live Science. As Teflon breaks down, it releases a host of toxic gases. In rare instances, breathing in these chemical fumes can cause polymer fume fever, a condition characterized by a high fever, shortness of breath and weakness. These gases also deadly to birds — lightbulbs coated in Teflon have wiped out poultry houses. Of particular concern is perfluorooctanoic acid (PFOA), one of the chemicals released when Teflon pans heat up. Long-term exposure to PFOA is linked to a host of conditions from cancer to thyroid disease, Fenton said.

Related: What makes something fireproof?

Not all researchers think that people need to worry about their Teflon pans breaking down. Some point out that no studies have specifically analyzed the long-term effects of Teflon pans on humans. Instead, these studies focus on the health-effects of Teflon’s chemical byproducts, like PFOA. Much of the data on these toxins come from cases of environmental exposure — such as drinking water or factory settings, where exposure levels are much higher than they would be from non-stick cookware. “Generally speaking, nonstick pans are not dangerous,” said Kyle Steenland, a professor of environmental health at Emory University in Atlanta.

Steenland and other scientists also argue that people don’t cook at high enough temperatures for these chemical reactions to take place. “Now, if you burn your pans for an hour at high heat, it [Teflon] will break down,” “But that will be the least of your problems because your house will be on fire.”

However, research suggests pans can easily reach a temperature hot enough to disintegrate Teflon. One group of researchers in Canada published a 2001 study in the journal Nature, in which Teflon broke down at 680 degrees Fahrenheit (360 degrees Celsius). For context: a Teflon-coated pan can reach 750 F (399 C) if left for eight minutes at high heat on a stovetop, according to a 2017 article published in Environmental Science and Pollution Research. And at lower temperatures, Teflon coating still breaks down over time, according to a 1998 article published in the journal Polymer Degradation and Stability. If you consistently heat your pan to 260 F (127 C; the temperature at which we sear steak), the pan should last around 2.3 years, according to the 2001 Nature study.

Taking good care of non-stick pans can help keep your kitchen safe. “It’s really important that you use the pans on low-to-medium heat, and you don’t use utensils that will scratch it,” Fenton said.

But in some cases, it’s best to ditch Teflon pans altogether, Fenton added — especially if you’re pregnant, breastfeeding or have young children. PFOA in particular is tied to problems with kids’ development. That’s because this chemical is considered an endocrine disruptor, meaning it interferes with the body’s hormone system. PFOA exposure causes elevated estrogen in male rats and delayed mammary-gland development in female mice, according to a 2012 article published in The Journal of Steroid Biochemistry and Molecular Biology. In humans, the chemical is linked to obesity, diabetes, low sperm quality and irregular menstrual cycles — potential signs of endocrine disruption.

Luckily, there’s a wealth of other options for those averse to scrubbing pans. Cookware made of anodized aluminum (a product that protects against corrosion and scratches) and ceramic is non-stick and perfectly safe, Fenton said. If cared for correctly, a cast-iron skillet can also serve as another non-toxic, non-stick pan, while enriching food with blood-building iron.

“Non-stick pans come in many forms,” Fenton said, “one can certainly safely cook healthy meals in them.”