Supported by local health authorities, Apple has brought its centralized Health Records feature to the iPhone in UK and Canada, meaning that citizens can now have access to all their data in one place.

Two years after introducing Health Records as a way for people to store and track all of their medical information in one place, Apple has now launched the feature for iPhone users in both the UK and Canda. It follows the widespread rollout of Health Records in the US, where Apple claims over 500 institutions and 11,000 care locations support it.

“We designed Health Records on iPhone to empower people to easily view their health records at any time,” said Apple vice president of technology, Kevin Lynch, in a statement. “And we are thrilled to put this feature in the hands of customers in the UK and Canada.”

“We believe people should have access to their health information in the most private and secure way, and we have worked hand in hand with healthcare institutions and organizations to put privacy at the center of the patient experience,” he continued.

Health Records has to be supported by a patient’s medical facility, but once it is, Apple says that data sent between that institution and the iPhone is secure. It’s a direct, encrypted connection, and the Health Records data is also encrypted on the iPhone.

“Improving our services to patients while protecting their privacy and security is of paramount importance to us,” said Professor Sir Jonathan Montgomery, chair of Oxford University Hospitals NHS Foundation Trust and professor of healthcare law at University College London.

“This exciting development provides a more convenient option for patients to access their health records,” he continued. “Patients retain control over their own health information at all times.” 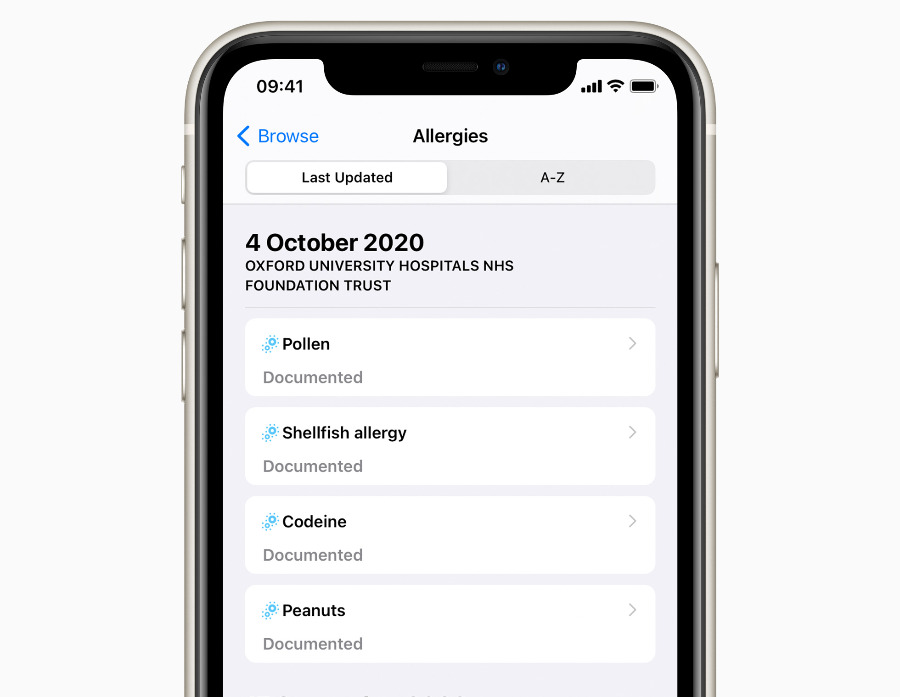 Apple says that the Health Records feature is now being supported by two NHS Foundation Trusts in the UK — in Oxford, and Milton Keynes. It’s also initially supported by three establishments in Ontario, Canada. Those are the Women’s College Hospital in Toronto, St Joseph’s Healthcare Hamilton, and Mackenzie Health in Richmond Hill.

“We believe that digital tools like Health Records can contribute to more informed decision making and improve the healthcare experience,” she continued.