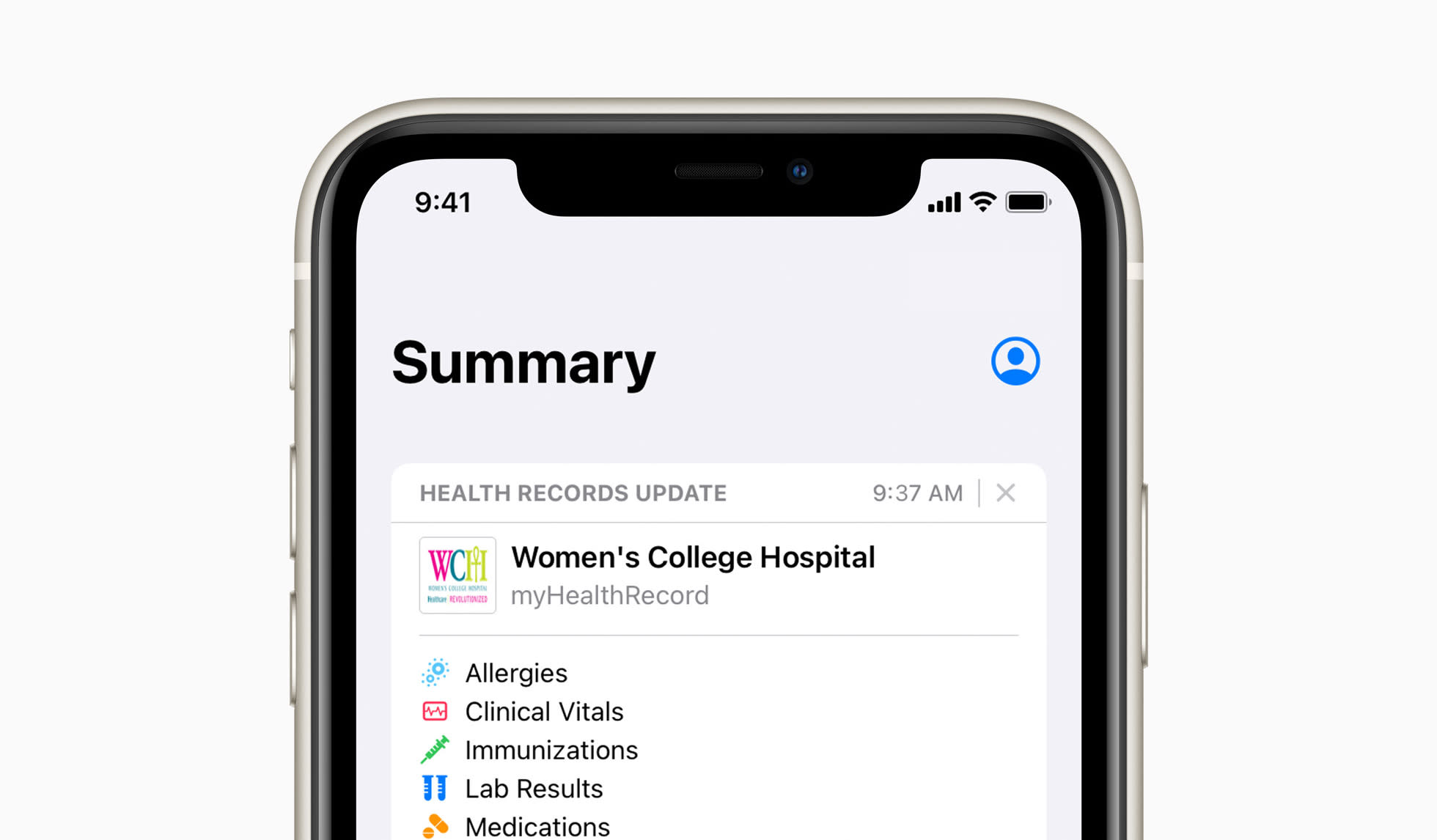 Apple has added support for the Health Records feature of its Health app on iPhones in two new markets – the UK and Canada. The electronic medical records feature originally debuted in the U.S. in 2018, and the company says that it’s now supported by over 500 institutions across that country. At its debut in its two new markets, it’ll be supported by three hospitals in Canada and two in the UK, but obviously the plan is to expand support to more over time.

Apple’s EHR feature was created with its commitment to user privacy in mind. In practice, that means that any information transferred between a user’s iPhone and their healthcare provider is encrypted, and the data is transmitted directly, with no intermediary sever storage. Also, Apple Health Records data on a user’s device is fully encrypted and locally stored, unlock able only via a user’s individual passcode, as well as Touch ID or Face ID for devices that support those.

Health Records on iPhone requires institutional support, but can provide a high degree of individual ownership of health data, as well as a means of making sure that data is portable and can follow a patient to integrate with a variety of care facilities and providers. Many efforts have been made to unify and standardize EHR systems in different parts of the world, but few have gained widespread support. Apple’s has the advantage of working broadly with devices that make up roughly half the mobile representation in markets where it’s available, and a user-friendly, clear and concise design.