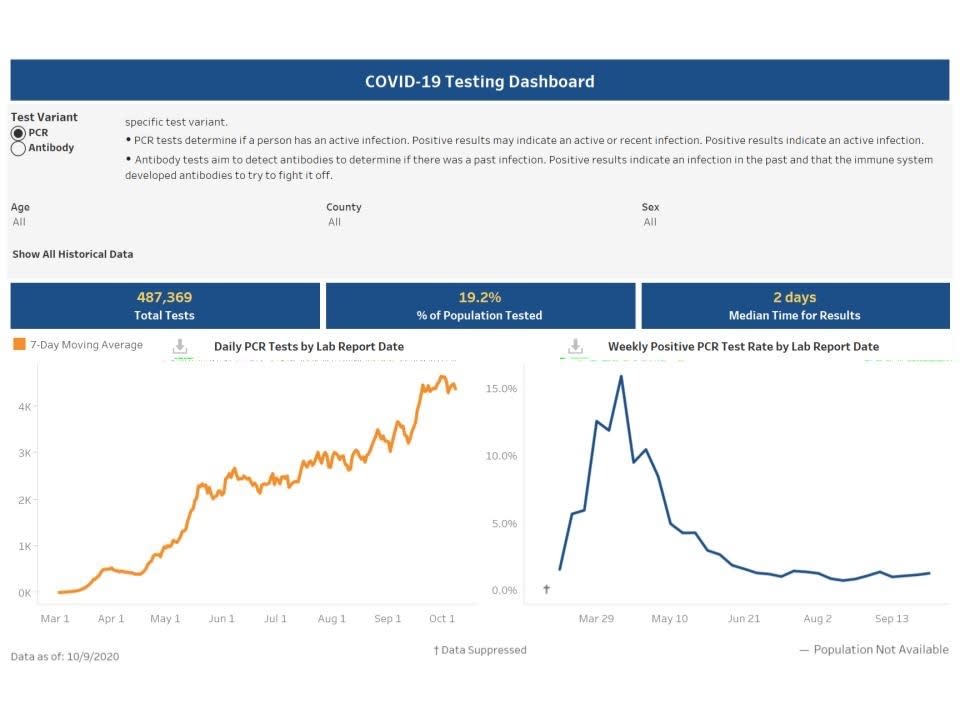 CONCORD, NH — Another elderly woman in New Hampshire has died due to the coronavirus, according to state officials.

The woman, who was 80 years of age or older, lived in Hillsborough County. She was the 450th COVID-19 fatality in the state.

Officials reported 97 new positive test results Friday including 27 children while 53 of the cases were male. Seventy-seven of the tests were performed via polymerase chain reaction tests while 20 were antigen tests.

Twenty-nine of the new cases live in Hillsborough County outside of Manchester and Nashua with many of the cases deriving from an outbreak in Bedford. On Tuesday, Bedford had 46 active cases and Friday, the state reported the town had 90 cases. Rockingham County reported 17 new cases spread throughout the county. Salem has 13 cases while Exeter has 12 infections and Derry has 10, according to the data. Merrimack County has 14 new cases also spread around the county — with Hooksett reporting 15 active cases, Pembroke with nine, and Concord with seven. Nashua also reported 11 new cases and the city has more active cases than any other with 92.

Only one of the 97 cases required hospitalization with 13 still receiving care. Only nine of the new cases had no identified risk factors — meaning most of the cases have either had close contact with a person with a confirmed COVID-19 diagnosis or are associated with an outbreak setting, the state said Friday.

The state reported collecting 9,730 specimens Thursday with 972 tests pending and a 0.9 percent positivity rate on the daily PCR tests. The state has performed 487,369 tests while testing more than 19 percent of the population of New Hampshire — 290,038.

Fifteen schools in New Hampshire reported new cases during the past couple of days.

There are currently 45 active cases in New Hampshire in K-12 schools.

Stop The Spread Of COVID-19

The COVID-19 virus is spread through respiratory droplets, usually through coughing and sneezing, and exposure to others who are sick or might be showing symptoms.

Take the same precautions as you would if you were sick:

More information from the New Hampshire Department of Health and Human Services about coronavirus can be found here on the department’s website.

Got a news tip? Send it to [email protected] View videos on Tony Schinella’s YouTube channel.

This article originally appeared on the Concord Patch