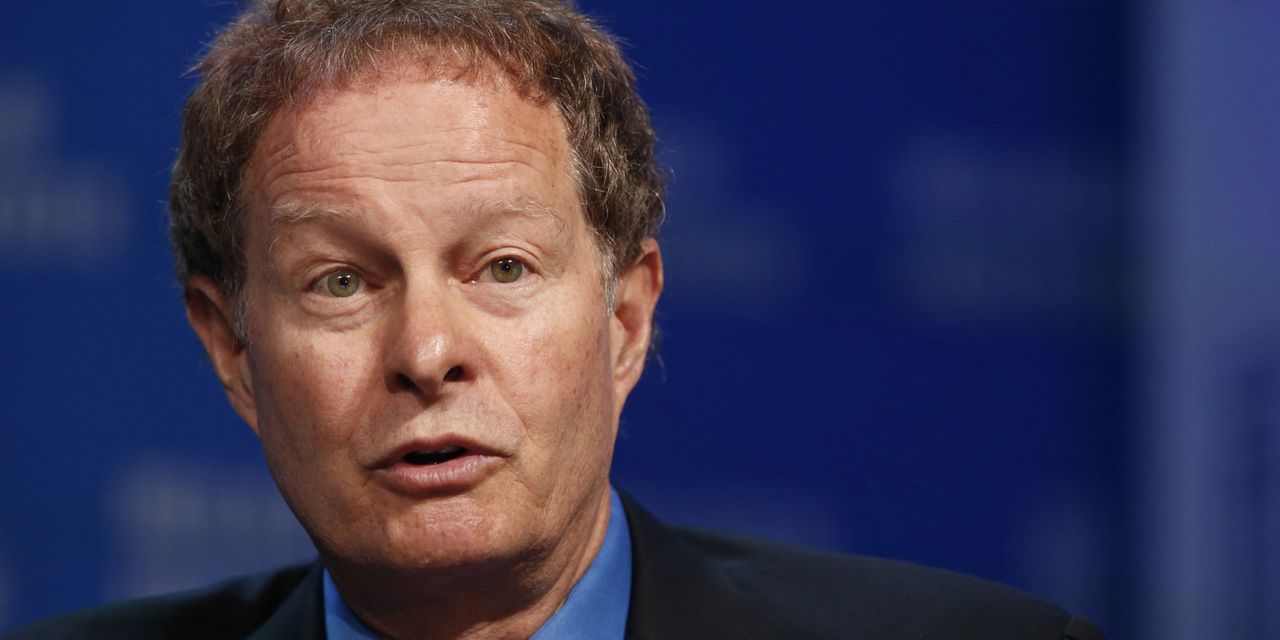 If Covid-19 infections are indeed headed for a third wave in the U.S., God forbid, grocery store shortages are unlikely to be the problem they were last spring. That’s according to John Mackey, co-founder and CEO of Whole Foods Market, who also shared his thoughts on grocery delivery and obesity when we spoke this past week. m

Mackey was promoting his new book on virtue in business, Conscious Leadership. Meanwhile, I’m trying to raise awareness among grocery CEOs for an issue facing people my age, or at the very least, me. Amid the boom in organic, ethical, and craft products, the back stories on shampoo bottles have grown so elaborate that the word “shampoo” has been shrunk to make room. My wife keeps upward of eight bottles of hair products in the shower, and without my glasses, I’m at daily risk of shampooing with conditioner. I asked Mackey to put the word on the street. Please call your senators.

Where was I? Right, shortages. “It’s totally different now,” Mackey says. There is a supply chain for grocery stores, and a separate one for restaurants and businesses. “It wasn’t that there was no toilet paper in America,” he says. “People just stopped using toilet paper in restaurants and offices.” The supply chain had to recalibrate, Mackey says, and it did, but with a lag. Now, stores are better prepared. “Plus, there’s anticipation that there might be a third wave, so a lot of supermarkets have been stocking up.”

Good to know. By my math we’re set on toilet paper through Election Day 2028, but I’ve been eating my way through our emergency supply of Chef Boyardee Paw Patrol Pasta Shapes in Tomato Sauce—it turns out the kids won’t touch the stuff.

On pricing, Mackey says that Whole Foods will never be the cheapest, but that it also shouldn’t charge more than competitors for the same products. The 2017 buyout by

(ticker: AMZN) has given Whole Foods cover to cut prices, and it has done so in three rounds, with a fourth on the way.

Amazon is now opening its own food stores. “I think they can be as inexpensive as

(WMT),” says Mackey. “It’s going to be a lot harder for Whole Foods to do that.”

In August, U.S. online grocery ordering, including for delivery and curbside pickup, totaled $5.7 billion—five times the level a year ago, according to market researcher Brick Meets Click. But that was well below June’s peak of $7.2 billion. That supports Mackey’s view that some of the grocery delivery surge will stick long-term, but much of it won’t. “For many people, food is not just a transaction,” he says. “I like looking at the food. I want to pick out my own produce. I want to discover new things. It’s fun for me.”

I’m not much of a produce-squeezer, but I was sent to Sam’s Club for steaks last week, and I came home with king crab legs and a 3-pound tub of peanut brittle, which I’m pretty sure qualifies as in-store discovery.

The book focuses on what Mackey calls the internal parts of people’s leadership abilities, and he says the second chapter in particular, titled “Leading With Love,” has generated interest. “Love is usually not thought of as something that happens in corporations,” he says. “It’s kind of kept in the corporate closet.” Please take that part figuratively—love in closets is expressly forbidden at many corporations. Mackey calls love a skill that can be learned. “We can learn how to be more generous, to have more care, to appreciate others, to be more compassionate,” he says.

Mackey, 67 and a trim vegan, talks frankly about the world getting fat, America especially. In a recent interview, he caused a kerfuffle by blaming this on people making bad food choices, and not on lack of access to healthy foods for the poor.

He said he wanted to clear up that narrative. We have evolved to seek calorie-dense foods, especially fat and sugar, he says. We become addicted to them and gain 4 or 5 pounds a year, which turns into 40 or 50 over a decade.

Yes, I said, pushing aside my brittle tub, but what about those who are too poor to afford fresh produce, or who don’t live near stores that sell it?

It’s true there’s a lack of access, Mackey says. “But what’s not told is, why is there a lack of access? Is it because capitalism is failing? Is there a plot to keep healthy foods out of the inner cities?”

The answer is obvious, he says. “There is no plot. If people would want to buy those foods, entrepreneurs will fill that need,” he says. “People are making bad choices, and part of that’s due to poor education. A lot of ignorance. But this is not an inner-city problem. This is an American problem.”

He pointed out that people are getting fat in rich suburbs and on Wall Street, too. This was a Zoom call, but it was audio-only, so I didn’t take it personally.

Mackey’s message might be jarring to some, but he stresses that he wants to help. He mentioned Whole Foods programs that provide inner-city nutrition education and supply salad bars to schools.

Did you know that value

which have disappointed for a decade, beat growth stocks during September?

It’s probably another head fake right before the momentum returns to cloud-based, asset-light, sustainably sourced robo-skateboards or some such, but Bank of America Global Research predicts the shift is for real. The valuation gap between value and growth

And value has led for at least a few months, usually more, coming out of the past 14 recessions. We will hopefully exit the current recession late this year or early next year.

Avoid value traps by favoring cheap stocks with high returns on equity, say the strategists. Their picks include