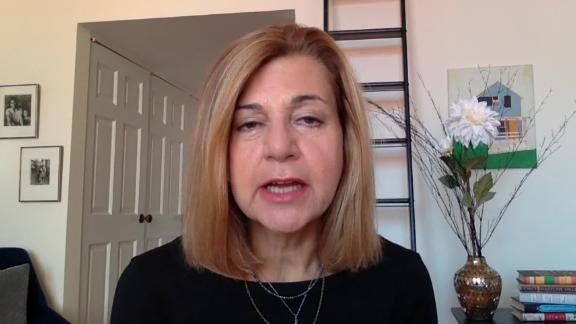 The Trump administration has offered the public conflicting messages about the President’s health in recent days, leaving Americans to rely on leaks to the media for credible information.

The string of news about White House coronavirus cases started with a report from Bloomberg revealing Trump aide Hope Hicks’ positive coronavirus test. “I wonder when we would have found out about President Trump being ill,” Washington Post columnist Margaret Sullivan said Sunday.

“Leaks are what we have right now because we’re not getting any credible information from the White House itself,” she told CNN’s Chief Media Correspondent Brian Stelter on “Reliable Sources.”

Earlier this weekend, the White House had been sending mixed messages on President Trump’s condition.

On Saturday, Trump’s physician, Navy Cmdr Sean Conley, offered an upbeat assessment, saying the President had been “fever-free” for 24 hours and that his symptoms were “resolving and improving.”

Shortly after, Mark Meadows, Trump’s chief of staff, offered a more dire report: “The President’s vitals over the last 24 hours were very concerning and the next 48 hours will be critical in terms of his care. We are still not on a clear path to a full recovery.”

In another jarring news conference Sunday, Conley and other doctors involved in the President’s care offered more information about the President’s condition — but there were still significant gaps that made it hard to decipher the full picture.

Trump’s doctors said that even though the President has had at least two concerning drops in oxygen levels, they are hoping he could be discharged from Walter Reed as early as Monday.

“Accountability doesn’t check out when the President checks into the hospital,” said Susan Glasser, staff writer at The New Yorker, of the apparent misinformation surrounding Trump’s health. “His personal and political disinformation have converged.”