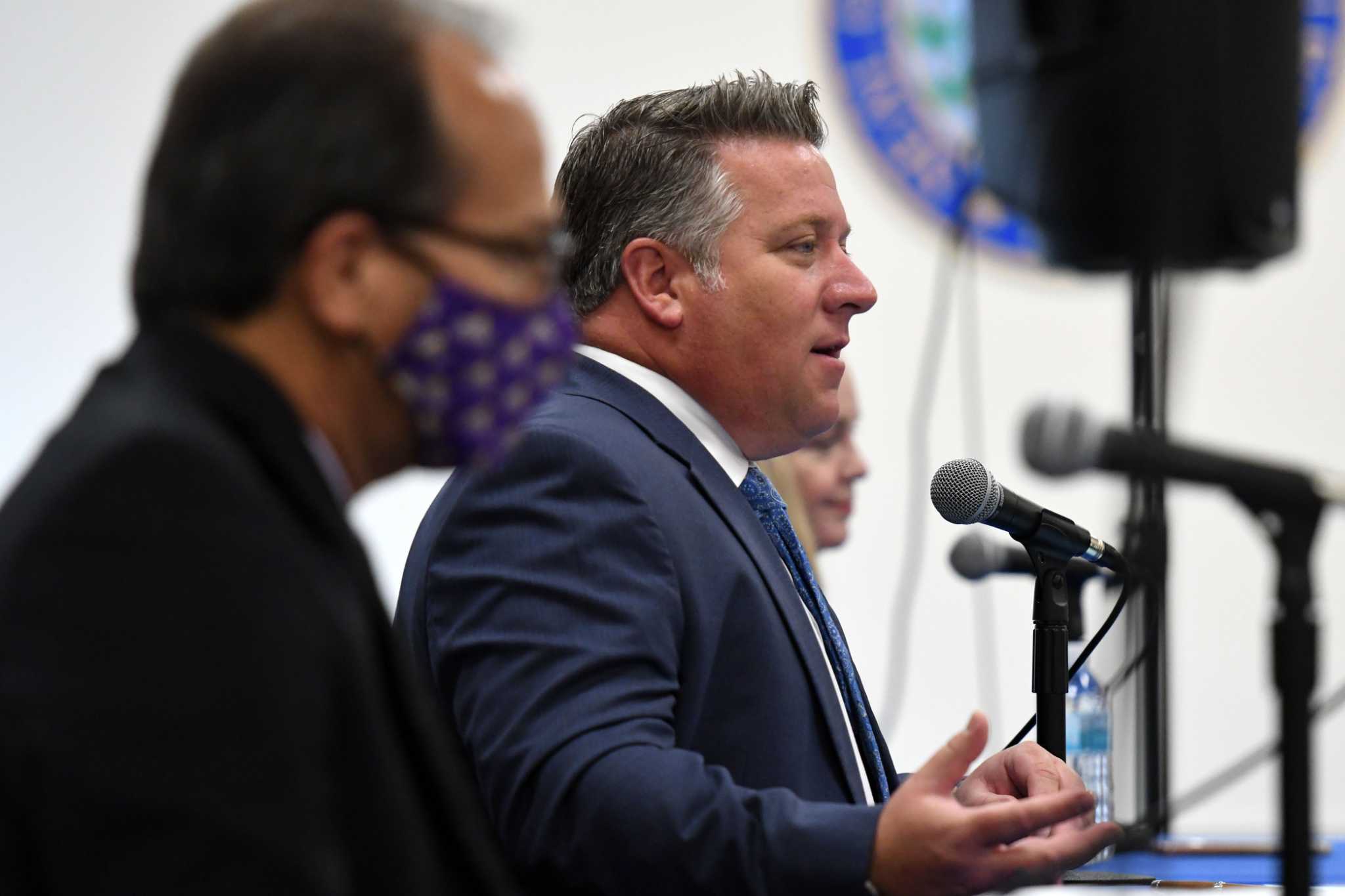 ALBANY — Another county resident died from the coronavirus and the county is experiencing an increase in cases likely tied to the resumption of school, Albany County officials said Friday.

The victim, a man in his 70s with underlying health issues, is the county’s 135th known death from COVID-19. He was the 346th confirmed victim in the eight-county Capital Region.

At a morning briefing with reporters, Albany County Executive Dan McCoy said the percentage of new cases tied to outbreaks at the University at Albany are dropping but county officials warned they were seeing a slight increase in cases potentially tied to cases that have emerged since local school districts opened their doors in September..

On Sept. 17, 84 percent of the county’s new daily diagnoses were tied to the college. The following week, it dropped to 61 percent and it stood at just over 13 percent on Thursday, he said.

The surge in local coronavirus cases in August and early September was tied to social gathering among college students, a factor in the state’s decision to implement caseload limits that could ultimately lead to an end to in-person classes at the university. SUNY Oneonta took that step after a large outbreak at the very beginning of the fall semester.

“The students had to learn, right?,” McCoy said of the UAlbany situation. “Students came, got a little freedom and some of them didn’t do the right thing so that number went up. Now, I think they’re getting it.”

Still, County Health Commissioner Elizabeth Whalen said the county is starting to see “a little bit” of an uptick in cases. There were 28 new cases of the virus overnight, bringing the county’s five-day average of new daily cases to 14.8. That number was 8.4 at the start of September.

The uptick is likely tied to the resumption of school. At least 15 school districts in the eight-county area have announced positive cases since in-person learning began again this fall. Seven of them have suspended in-person learning to allow for tracing, testing and cleaning.

“There was a concern that there would be a second surge of COVID in the fall,” Whalen said. “I don’t know whether what we’re seeing is constituting a surge but it is constituting a caution. So it’s important for people to know that COVID is still out there, there is still transmission in Albany County and people are still at risk.”

A number of test sites throughout the region offer testing for children, McCoy said. The state Department of Health has an online tool that lets you enter your address or ZIP code to find a test site near you.

County officials also reminded people to get their flu shot, which can help prevent flu or reduce the severity and duration of symptoms. Reducing the rate of flu in the region is important in the event there is another surge of COVID-19 cases and hospital beds are needed, Whalen said.