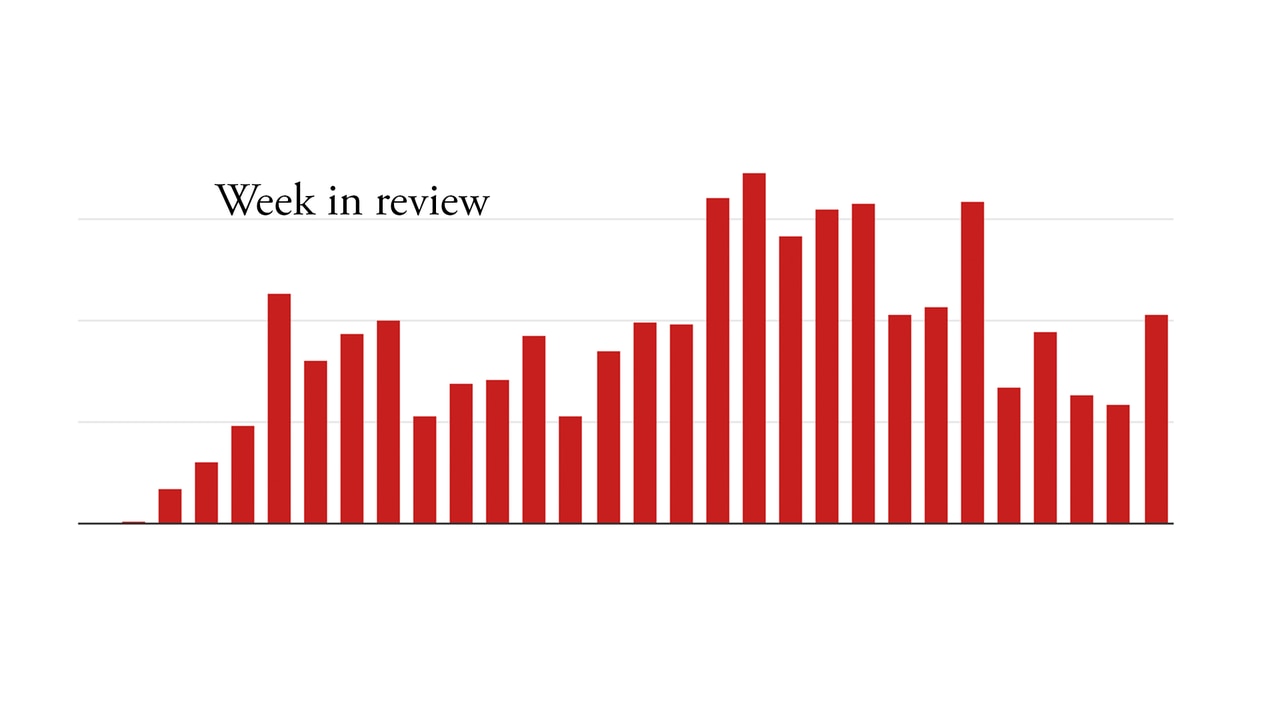 Things have been relatively calm in Alabama’s fight with the coronavirus over the past few weeks, but an uptick in reported virus deaths over the last four days is a discouraging sign as the state gets ready for colder weather.

The Alabama Department of Public Health reported just over 6,750 new virus cases in Alabama this week. It also reported 103 total deaths – the first time in more than a month the state has reported at least 100 total virus deaths in a week.

The 7-day average for total coronavirus deaths rose to 14.1 on Friday, the highest it’s been since Sept. 17. Prior to Thursday, that number hadn’t risen past 10 in two weeks.

A large number of the confirmed deaths reported this week came near Alabama’s coast. Mobile and Baldwin counties saw a combined 24 virus deaths between Saturday, Oct 3. and Friday, Oct. 9.

The state has now suffered 2,653 virus deaths since March. Because of the way deaths are reported, there is a lag between when someone dies of the virus and when they are listed in the state’s data. It’s unclear when the deaths reported this week actually occurred. The state reports deaths by date of death on its coronavirus dashboard, but it sometimes takes weeks for deaths to show up in that chart, and hundreds of deaths currently included in ADPH’s cumulative total don’t have a date assigned yet.

ADPH reported 6,767 new total virus cases this week, including around 4,900 confirmed cases and 1,900 probable cases. That case total represents a slight increase over the previous week, but is still down from two weeks prior.

The state’s caseload has been relatively flat since Labor Day. There was a slight uptick in cases in late September, which was at least partially caused by a backlog of cases from a private lab entering the system, according to ADPH.

But the 7-day average for new daily cases has increased by only around 100 cases since Labor Day itself. The average then was 855 cases per day. As of Friday, it stood at 966.

On Friday the state reported nearly 1,500 new cases, after showing significantly lower numbers for most of the week.

The state also reported nearly 12,000 new tests on Friday, which was also a significant increase, and could indicate another backlog of data entering the system.

The state’s positivity rate was 13.3 percent on Friday, and has hovered between 12 and 14 percent over the last few weeks.

Jefferson County – the most populous county in the state – has the state’s highest current 7-day average for new cases per day at 103. It’s the only county currently averaging more than 100 daily cases, and even it has seen a sharp decline from nearly 300 daily cases earlier this year. Jefferson’s 7-day average actually dipped below 100 on Thursday for the first time since Aug. 25, before rising again on Friday.

Houston County, home of Dothan in far southeast Alabama, has the state’s second-highest 7-day average at 68 cases per day. Houston, though, reported more than 300 cases last Saturday as part of a data backlog.

Mobile and Montgomery counties, each of which took turns at different points during the pandemic as the state’s hardest hit counties, have both cooled off. Mobile currently has a 7-day average of 33 cases per day, 8th in the state. Though Mobile reported the most confirmed virus deaths of any county this week at 13.

Montgomery is 10th in the state with a 7-day average of 29 cases per day.

You can see how many cases each county added this week in the table below:

Do you have an idea for a data story about Alabama? Email Ramsey Archibald at [email protected], and follow him on Twitter @RamseyArchibald. Read more Alabama data stories here.