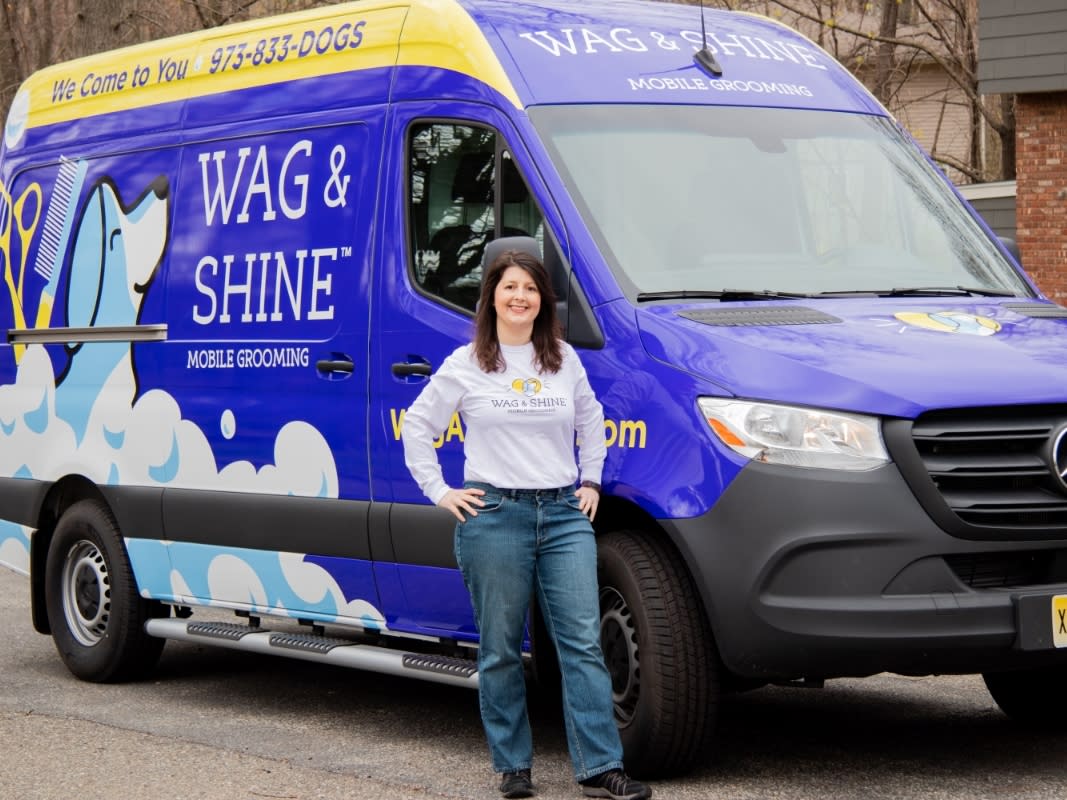 MADISON, NJ—On the surface, Amy Peller could not have planned a worse time to start a business. After leaving a job at a large corporation, she decided to open a mobile dog grooming salon and planned to launch last spring.

“I resigned from a job at a consulting firm two years ago,” she explained, “to really seize an opportunity that mixed personal passion with an industry where I saw a big growth potential.”

Peller, a self-described planner, did extensive research and preparation. Things were going well and she was scheduled to launch her new business in April. As February wore on, though, she recognized that it was not the right time.

“I just didn’t feel like we knew enough about about covid,” she said, “to be safe for our clients, both human and canine.”

But Peller had a problem. She was scheduled to pick up a key piece of equipment just as the coronavirus was hitting the New York area in March.

“I had a date to pick up my van in South Carolina on March 16,” she said. “I knew I couldn’t fly, so I rented a car on the 13th, filled a suitcase with cleaning supplies and just started driving. I stopped in Raleigh for the night, that’s it.”

The van, a 2019 Mercedes Sprinter, is a fully equipped mobile grooming salon. It has its own power, water, and is packed with top of the line grooming equipment.

“It really rivals what one would find at an upscale groomer,” Peller said.

It was June, when Gov. Phil Murphy began lifting some restrictions on businesses, before Peller felt comfortable and Wag & Shine was ready to launch.

“We knew a lot more about about the virus and how to keep safe by then,” Peller said, “I began to realize that there have only been a very small number of cases where dogs have been impacted by the virus.”

Peller knew, however, that she would have to adjust her business model to adapt to the post-coronavirus world. She increased sanitizing protocols and added other precautions, such as masks and a special disinfectant commonly used in veterinary offices. But the core idea that led her to start Wag & Shine did not change.

“Our whole mission is about making grooming happy,” she said. “Happy for the dog and also for their people. We really try to go above and beyond to to make rooming a positive, calm, comforting experience and and do it in a way that fits seamlessly into our clients lives.”

Peller said she typically holds an initial call with customers where she tries to learn as much as possible about the dog, including health issues, history, and personality, to ensure the best possible experience. Then, she arrives at the home and takes the dog, which is groomed right in the truck.

Peller said she focuses on personalization and convenience, as well. This has resonated with customers in the new world of scaled-back availability and consumer fears of going out and interacting with people.

“They were completely fantastic,” said Anna Muldoon of Madison. “So convenient. I have a very anxious dog, and they took great care of him. He came bouncing out of their van, he was so happy.”

Muldoon said it was the communication prior to the appointment that helped the most. It gave Peller the chance to get to know the dog’s needs personally, an important facet of her business.

“We want to make sure we understand what their preferences are for their dog,” Peller said.

Wag & Shine is thriving this fall, and Peller has one groomer working for her and hopes to continue to expand. She said she will take the lessons learned from these tough times and apply them to the future.

“I think the biggest lesson that I’ve learned on this journey is that nothing will go as planned,” Peller said. “You have to know how to evolve and adapt, because that will determine the success of your business.”

This article originally appeared on the Madison Patch