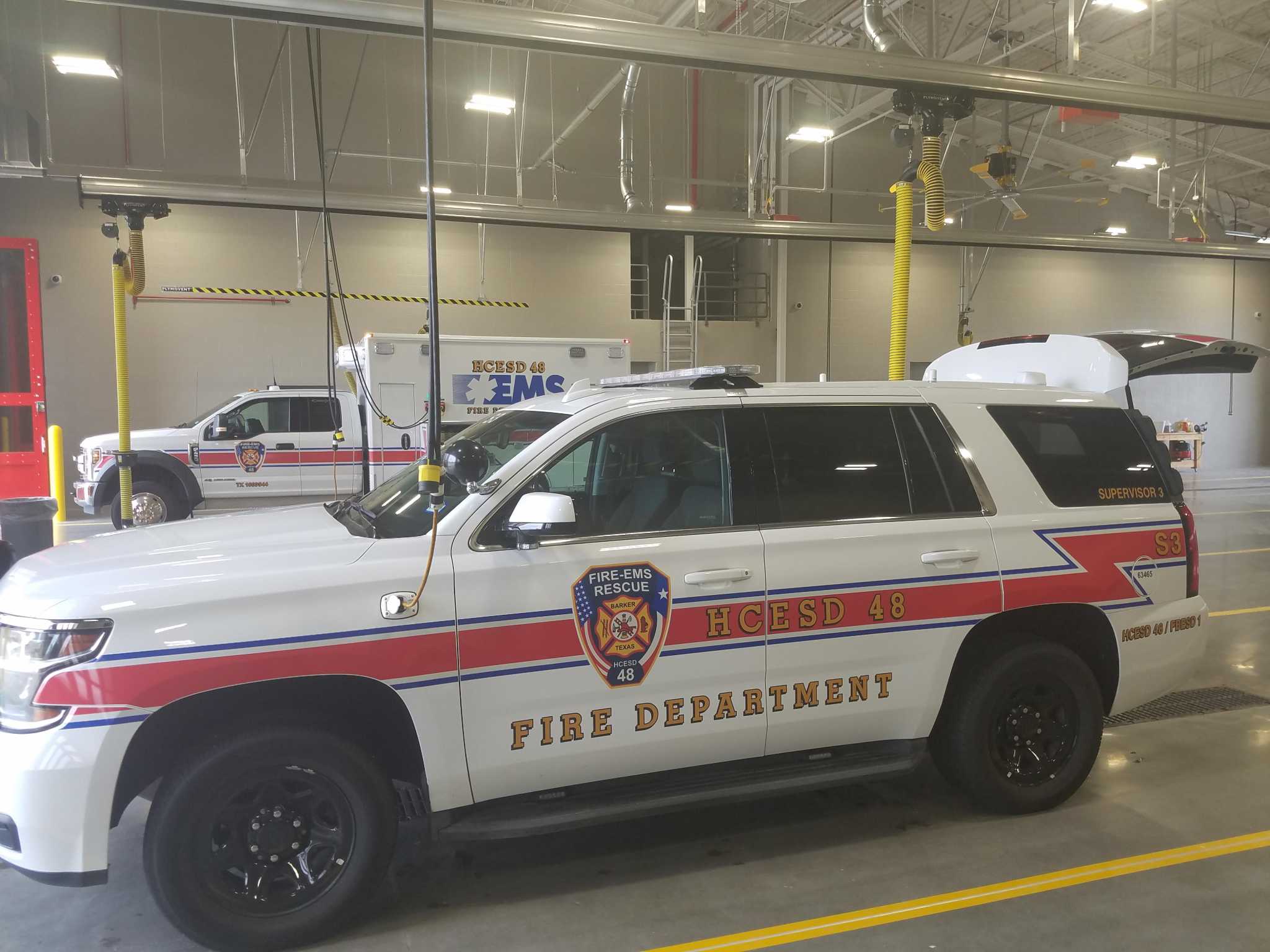 Blazing fires are only one threat facing firefighters. Constant exposure to carcinogens and post-traumatic stress disorder brought on by experiences from attempted rescues plague the men and women who battle fires in an effort to save lives and property.

The new fire and EMS station for Harris County Emergency Services District No. 48 was designed and built to mitigate exposure to carcinogens and assuage some of the stressors that contribute to PTSD.

Related: Suspect in custody following string of armed robberies in Katy and Houston

The 18,000-square-foot structure sleeps 17 fire and EMS personnel and currently houses one fire truck and one medic unit in its100-foot by 60-foot bay. Eventually the facility will house 2 ambulances, a heavy rescue apparatus, rescue boat and high-water vehicle. HC ESD 48 protects the lives of more than 140,000 people.

Each feature of the facility was carefully planned, according to Chief Jeff Hevey.

One of the most innovative features, he noted, is the decontamination shower or “decon room”

When personnel return from a fire, they enter the decon room from the outside. The decon room is airlocked with negative pressure, so fumes from the apparatus bay never enter the building. The firefighters can remove their contaminated clothes, shower, change clothes and then return to work for the rest of the day.

“The reason they would come in and change immediately is because the carcinogens that they bring in- we want to make sure we keep it as clean as possible for all the cancer initiatives that are going on,” said Jason Tharp, Division Chief of Community Risk Reduction. “This decon room is a big step in getting rid of those potential carcinogens.”

The dormitories feature a new alert method called the PURVIS system which awakens personnel in a less jarring and traumatic way from typical alerts.

Traditionally, abrupt and blaring alarms wake the sleeping staff with a loud wailing siren and bright lights. It’s successful at waking personnel, but it does so at the cost of creating panic and an unhealthy stress response to a person in deep sleep.

The PURVIS system uses a red light to rouse staff in a gentler fashion, and instead of a blasting alarm, the volume steadily increases until personnel are fully awake.

“Instead of jolting your heart and having to run out the door to the truck, we invested in a program that’s better for heart health and mental health,” Tharp explained.

In further effort to reduce exposure to carcinogens, the new station has several features in and around the bay designed to protect personnel from dangerous chemicals.

The bay is filled with special hoses that attach to apparati. The hose attaches to the vehicle exhaust so diesel fumes don’t pump into the air.

A special industrial washing machine is also located in the bay. The washing machine is designed to clean the chemicals from gear that other machines can’t remove. Specially manufactured detergent cleans both carcinogens and blood borne pathogens. In the process of trying to save a life, Tharp noted, firefighters and paramedics often get blood or tissue on their gear that is difficult to wash out. The machine and solution clean them thoroughly.

Hevey estimated that HC ESD 48 responds to active fires every 10 to 12 days, and he anticipates that the number will increase as the area continues to grow and develop. The new facility will enable fire and EMS to save more lives in the community.

The building features were chosen by the firefighters themselves, Hevey said. “Everybody was a part of putting this together. We didn’t leave the decisions to the people who wouldn’t be living in it,” he stated. “We put (firefighters) in charge of telling us what they wanted, and we came up with new and innovative ideas to make it happen.”