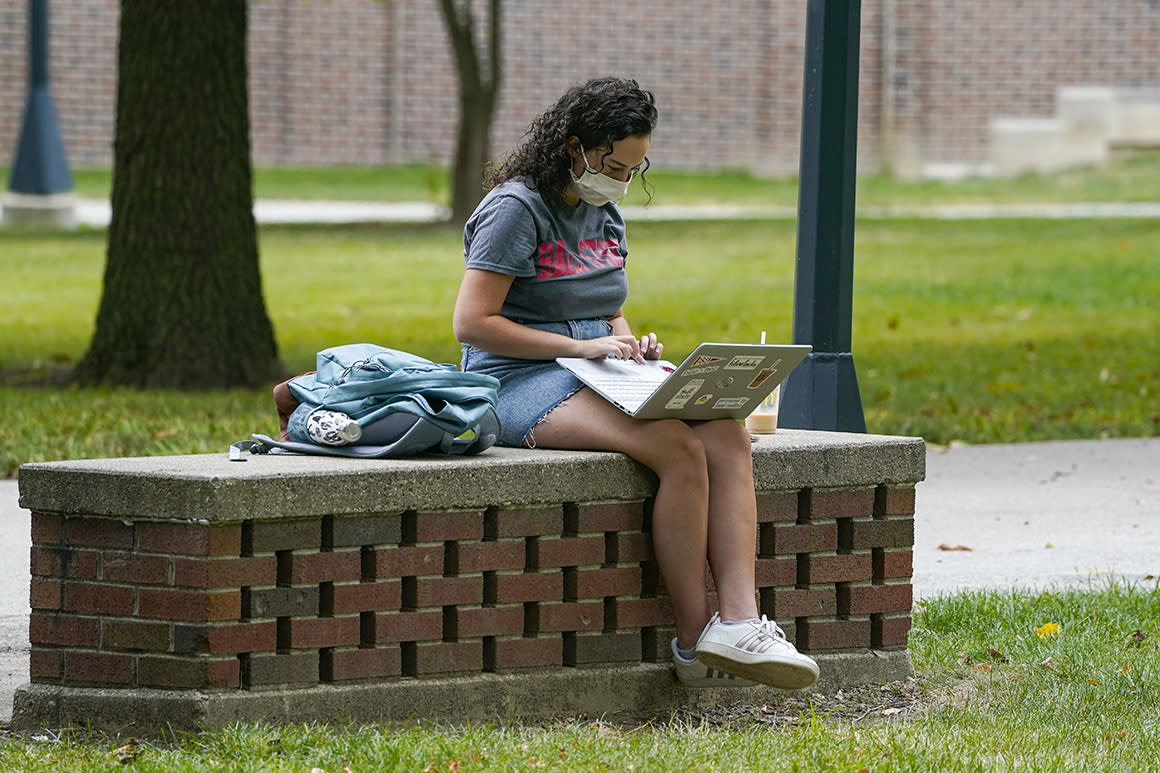 At Quinnipiac University in Connecticut, just one coronavirus case has emerged from more than 11,500 campus tests administered since August. The flagship University of Connecticut system reports 64 cases among the 5,000-student residential population on its Storrs campus. Clark University in central Massachusetts just spotted its first potential case in more than a month, while a few pricey private colleges in New York also report few infections since the start of the semester.

Several universities have resumed in-person classes and invited students back to live on or near campus this semester while logging few infections, even as other institutions struggle to halt outbreaks or rely on virtual education. These early case studies hint at a potential path to recovery for a bruised higher education industry, as the virus continues to spread across the country and the death toll rises.

Each campus is different. Covid-19 is still a newly discovered pathogen. But a combination of low infection rates in communities that surround schools and multimillion-dollar pandemic management strategies appear to slash the opportunities for the disease to enter campus and fester among students and staff.

“It shows us that we may not need to have a vaccine to do things like have students in classes. But we have to be careful about it, and you have to have the epidemiological situation that can facilitate that,” said Tara Kirk Sell, a Johns Hopkins infectious disease expert.

Colleges finding early success are deploying methods health experts have long recommended the whole country use to keep the virus under control. But a patchwork of state approaches, ongoing testing shortages — or outright rejection of recommendations about testing, masks and social distancing — have combined to keep the virus spreading.

Certain state colleges and smaller schools might have a distinct advantage, especially those based in more geographically isolated areas that cater to students from places where the virus is less severe. Still, initial victories include rigid protocols for frequent testing, contact tracing, social distancing and mask-wearing.

“It may be this constellation of imperfect measures and the surrounding environmental situation that together makes it work for them,” Kirk Sell said.

Some schools also have another edge over others struggling to prevent outbreaks: a partner capable of processing thousands of weekly campus coronavirus tests.

More than 100 Northeastern colleges and universities employ the Broad Institute — a Cambridge, Mass.,-based biomedical laboratory at Harvard and the Massachusetts Institute of Technology — to scan student and staff test samples for the disease.

For $25 per test, the institute collects samples from colleges and universities and runs them within an average of 24 hours through a genomics lab Broad scientists converted into a coronavirus testing facility. It’s processed more than 2.1 million tests since March. University of Connecticut and University of Massachusetts campuses use Broad’s system, the institute said, along with a group of Ivy League and other private schools.

In central Massachusetts, 1,800 Clark University students must enter a Covid-19 testing facility inside the campus athletic center every three days, flash their identification and probe their own nostrils with a sterile swab as part of a disease suppression plan now projected to cost $11 million this year. Students who don’t comply risk forfeited tuition and removal from campus.

“We absolutely could not pull this off without rigorous testing,” Clark University President David Fithian said. “Critics can find plenty of evidence that [reopening] was not the right decision (to reopen), and I would say that’s probably true for certain campuses. I think what our case shows is that you can actually manage it responsibly.”

Doing so comes with more than a financial cost. The university is foregoing competitive athletics for now. There are no rehearsals for the wind ensemble. And while university officials have yet to decide on spring semester plans, Fithian said he doubts full sports seasons and large indoor gatherings will resume if classes continue.

Schools are finding some success with customized plans based on the nuances of their campus population, said Elizabeth Drexler-Hines, president of the New England College Health Association. New England’s schools can also look to state and local leaders who work closely with public health officials, she said. But schools don’t need to reinvent the fundamental procedures of old-school virus-busting: containment and surveillance.

“We know these things,” Drexler-Hines said. “If there are some pieces of these models that are successful, I really hope those will be looked at to expand if those would work for state governments.”

With all the planning, coordination and expense, university officials hope to avoid uncontrolled outbreaks that halt in-person classes, shut down campus or interrupt major activities like basketball season. Coronavirus infections that collide with potential influenza outbreaks, especially on large campuses near urban areas, could tar a school’s image and decrease enrollment.

“It could go wrong,” said Carol Quillen, president of Davidson College, a small liberal arts school that hosts the College Crisis Initiative’s review of campus coronavirus plans and requires at least once-weekly testing of the nearly 1,800 students living on or near campus.

“I don’t take anything for granted,” she said of a virus management plan expected to cost the North Carolina college nearly $10 million this year. “We think we have a system that will let us contain outbreaks, but we are really humble about it and ready to make changes if we need to.”

Colleges in other parts of the country are finding much less success in trying to fend off the virus. An early report from researchers at Davidson and other schools concludes campuses that reopened for in-person classes were associated with a daily increase of more than 3,000 coronavirus cases across the country. Those findings could be critical for administrators who are planning to reopen campuses, researchers said.

“I do see us gathering data that’s useful in helping other kinds of communities plan on returning to a more normal life,” Quillen said. “Secondly, I think we’re learning how to build community in new ways that I think will translate into how we do that post-pandemic and how we can sustain some semblance of normal life, even if we can’t come together as we used to.”

At UConn, President Thomas Katsouleas praised students in an open letter to campus this week. The university’s testing and contact tracing plans are working, he said, while the virus has only seen “minimal” spread to the surrounding community. Large parties have sparked miniature crises at other universities, he wrote, but not at UConn.

A smattering of cases have emerged in UConn residence halls, forcing some dorm residents into minimum two-week quarantines that include more testing and halted in-person classes. A small outbreak at an off-campus apartment complex prompted similar protocols, though campus officials told students that aggressive testing there helped cut the virus’ spread in half.

“While far from being in the clear in terms of remaining open through the Thanksgiving break, we can all be proud of what the UConn community has accomplished so far,” Katsouleas said. “We can get together in person safely: All it takes is a mask and 6 feet.”