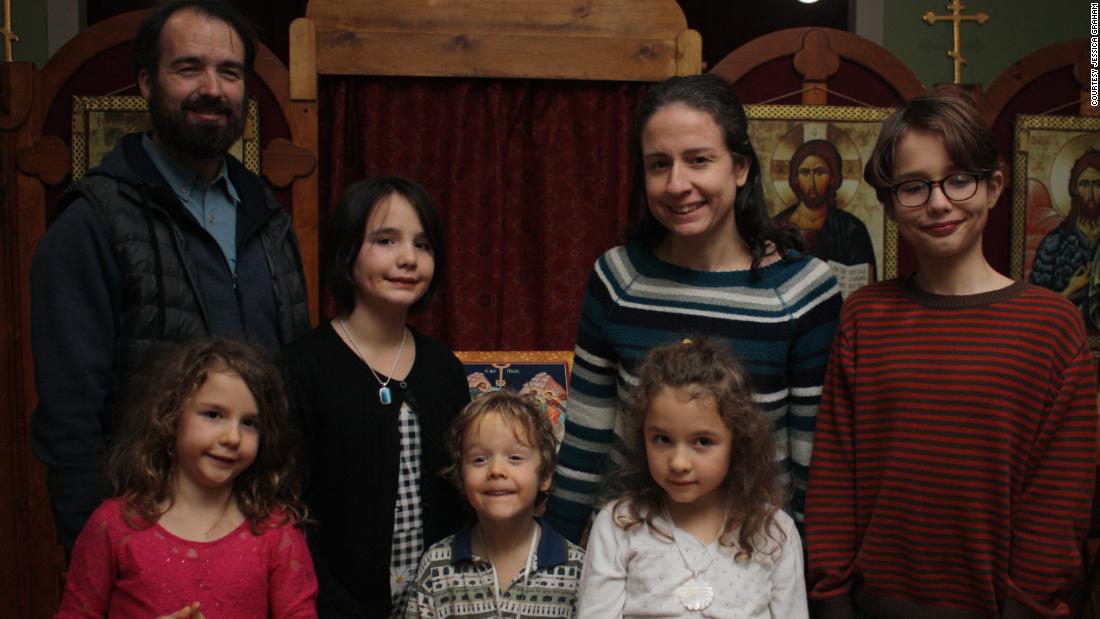 They have now quarantined themselves in two hotel rooms in Spokane Valley, where they’re recovering and trying to plan their futures.

The Grahams lost their home, a barn and outbuildings where they stored things they weren’t using, special baby clothes and other family mementos. Their dog was OK and their chicken coop was also spared, though some of the birds’ feathers may have been singed.

“We were planning to come back that night, so we didn’t pack a single thing,” Jessica said.

They stayed with family after the fire and think that’s how they were exposed to the coronavirus — Jessica’s dad had flu-like symptoms and Matthew’s mom tested positive on September 20 after she’d babysat the children.

“We were starting to experience symptoms at that time that we were hoping was just due to hazardous air quality,” Jessica said. “But then that had gone away and we were getting worse instead of better.”

Neither of their parents had to be hospitalized, but Matthew’s mom did have pneumonia in both lungs.

Jessica and Matthew have felt exhausted but think they’re on the way to recovery.

The kids, Constantine “Costa,” 12, Claudia, 10, 7-year-old twins Adele and Zoe, and 5-year-old Darius, have fared much better. Jessica said they’ve occasionally felt feverish but would be better the next day.

He said the community has been incredibly generous and given the family toys, board games and clothes for the whole family. A GoFundMe campaign for the family has raised more than $21,000.

Jessica said rental homes are hard to find in the area, but they hope to find a more permanent place to stay once they get out of quarantine in a few days.

She said they’d like to stay in the community and are considering buying a new house or rebuilding “this amazing new house” on their property.

“That’s what keeps us optimistic,” she said. “We know one of those two outcomes is going to happen and we’re gonna just have something that’s even better than what we had before.”