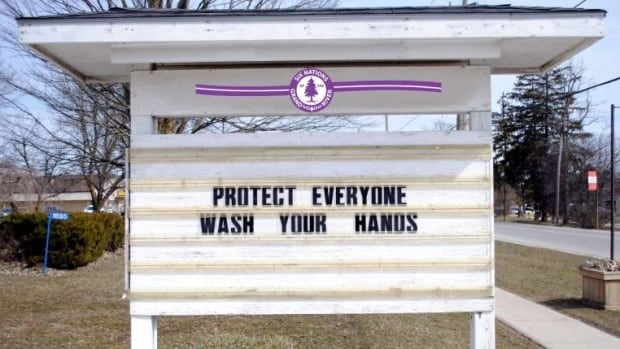 Ohsweken Public Health has reported three confirmed cases and two probable cases of the virus within 24 hours, according to a media release shared Wednesday evening.

They’re the first new cases on the territory since Aug. 10 and bring the total number of cases since the beginning of the pandemic to 21.

“Please let these 5 new cases be a stark reminder that the virus is still in and around Six Nations Territory.”

Health officials are carrying out contact tracing, but say the sudden jump in cases means Six Nations is at the point where cases can be community acquired — meaning the source of the virus can’t easily be tracked.

The media release reminds residents that as a large First Nations community it’s “automatically at a heightened risk of contracting, spreading and fighting the virus for various reason such as lack of access to clean water, over crowded housing and underlying health conditions.”

Before Wednesday’s announcement of the new cases, the most recent COVID-19 update shared by Six Nations was posted on Sept. 25. It showed 16 people had tested positive for the virus since the beginning of the pandemic.

Fifteen of those cases had recovered, while one person had died.

Seventy people were listed as being in self isolation.

Elected chief Mark Hill called for anyone with people more susceptible to the virus living in their household to continually weigh the risks when considering leaving their home or the community.

Six Nations also asked members to tighten their social circles, stay home if sick, wear masks and maintain at least two metres of distance from people who aren’t part of their household.

“Please reconsider any Thanksgiving or other plans for gathering with friends and family in the near future,” the media release adds.

“We know that everyone wants life to get back to normal, but we need to be extra cautious at this time, especially if you or anyone in your household is vulnerable due to being elderly or have underlying health conditions.”