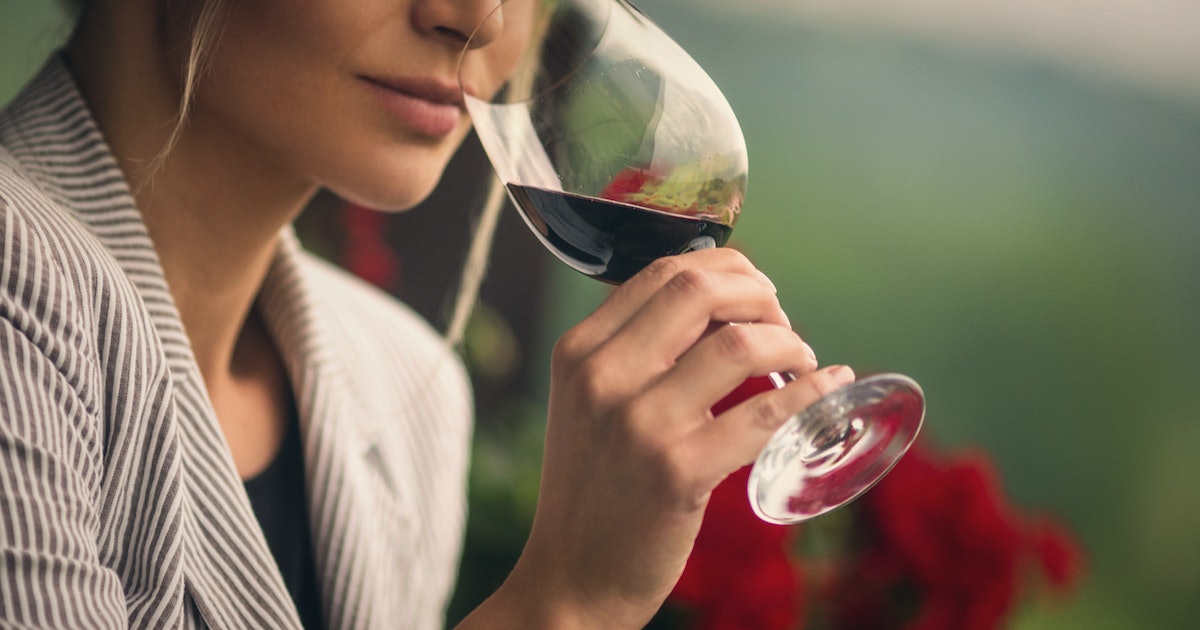 In one of many roommate situations over the years, I found myself living with two cosmopolitan internationals, both fashionable, elegant, and health-conscious. They believed themselves to be enlightened in several arenas that I was not — one being the “rules” of food and drink. During our time living together, one of them would regularly side-eye my cooking, eating, and drinking habits.

As someone with Milky Way bars and Bugles handy in my night stand, I started thinking I was less cultured than them. It turns out my roommates in that tiny walk-up were just playing out a scenario colonizers have been for centuries. The elite have always consumed things that signify exclusivity and limited access to rare goods to feel superior while lower class groups consume foods that are readily available and cheaper. For example, when the British swept into India, societal habiture follows a pattern.

There’s somewhat of a shift when “fancy” food or drink become more accessible. Some people can take advantage of that opposition, marrying the highbrow with the low — for instance, Taco Bell. The fast food joint is releasing a limited edition Jalapeño Noir wine to pair with their Toasted Cheesy Chalupa. Also, snack brand Cheez-It released a cheese and wine pairing that retailed for $30 and sold out in minutes, which I can confirm because I definitely tried to buy it. These are examples showing that sometimes if we ditch the food snobbery, beautiful things happen (perhaps, blessedly, involving cheese).

There’s food elitism everywhere, though. Now, that doesn’t mean that all food and drink “rules” are born from snobbery; experts can provide evidence as to why, for example, a small bit of water can open up flavor profiles in whiskey for our palates. There’s science to that. But many rules are, indeed, classist bullshit. So grab a snack and read about a few of them, below.

“Eliminate processed food from your diet”

There’s a lot of judgment on processed food, and some of it is valid. Let’s face it: The bright colors in a bag of Cheetos or an unnatural hue of a glass blue raspberry Kool-Aid are not of nature.

However, Harvard Health has argued that not all processed food is bad, and there’s merit to not lumping it all in one category. The umbrella term — which encompasses any food that has been through a mechanical or chemical operation performed on it to change or preserve it — gets a bad wrap. But many diets have them on their lists for good reason. Even the “healthy eating plate”, a gold standard experts refer to help decide how we should eat, has coffee on it, which is a processed food. Some processed foods, too, like beans and canned tuna offer nutritional value and convenience.

Preservation measures such as cans and jars sought to preserve food for soldiers on the field during World War II and is still used by many who don’t have immediate access to food plucked right out of the earth. Processed food is sometimes the only option for people in poorer neighborhoods, and it’s important to note that for those who food-shame by only buying organic, foods labeled as such can also often mislead folks who are aiming for healthfulness.

Bottom line, unless you’re agreeing to give up most bread, cereal, condiments, sparkling water, hot dogs, bread, and every deli sandwich you’ve ever made or eaten, stop being judgemental. Yes, we all need to eat more fruits and vegetables. No, we don’t need to rule out everything else in order to be “healthy.”

“Coffee should be consumed black — and only black”

Morning times were always a treat growing up for me: two fried eggs or cereal with a slice of brioche with a cafe au lait is what I ate every morning (yes as a child) next to my dad before he drove me to school. Coffee, milk, and sugar are three simple and universal ingredients you can get from supermarkets to small town gas stations, and are brilliantly delicious together.

Yet, in recent years, coffee truthers have figured out a way to suck all the fun out of coffee. While the science about the flavor of the bean and bloom of the grounds are beyond fascinating, some trying to aim for an air of exclusivity go way too far, and in hipster enclaves like San Francisco, London, and Brooklyn, coffee shops have banned sugar, milk, and cream from their shops to force you to taste the exclusive coffee they offer.

What it is, actually, is pretty classist, and a tinge racist, since cafe au lait and cafe con leche are staples in Carribean and Hispanic cultures. I can only imagine what would befall someone asking where the cream is at a shop like this, and side eyeing my sugar consumption in a giant mug of Cafe Bustelo is side-eyeing the country of Haiti and all my cousins. Keep your beans, folks.

I prefer most meats well done, but my roommate preferred his steak cooked quick sear on both sides. I’ve seen him go town on several types of almost rare meat. That was just another difference of opinion to add to the decades-long debate. When it comes to how to cook a slab of meat, everyone has an idea — and it’s usually formed by culture and class.

Eating rare steak is seen as being more daring, adventurous, and worldly — all markers of wealth. There’s also a myth that only a rarer meat tastes better, which is certainly not true for everyone. Some parts of the cow for instance, like ribeye, release more flavors when cooked longer.

It is inevitable, though, to be perceived as less classy if you go like your steak well done. This might be because less expensive cuts of meat — cuts that must people can afford — have more connective tissue than a slab of Kobe and need to be cooked longer in order to be eaten at all.

So, unless you want my family’s rare brisket sending us all to the hospital after Sunday dinner, chill out with the classist insistence on bloody beef.

“Use your fork with your left hand only”

“Polite society” is a term used to refer to the practitioners of etiquette, the collection of Euro-centric protocols and manners one should practice to earn status in their lives. In a “polite society,” people who are concerned with manners are thus considered put-together, smart, and essentially, good.

A lot of well-known (but not well-dissected) food etiquette dates back to the 1700s, and comes from France. Much of it spread to the rest of Europe and then other parts of the world. “Polite society” and etiquette have historically been used to signal the upper class in a society — also known as rich folks. One etiquette school’s website states that “without proper manners and etiquette, the customs of polite society would soon disappear and we would act more like animals and less like people,” which seems like a tall order for using the correct knife for your butter, but okay.

I pass my knife and fork back and forth between my hands when eating, and apparently, this is exactly what is wrong with Americans, and is seen as extremely bad etiquette. There’s also another rule of using three separate forks for each course of a meal, and who will be doing all those dishes I ask? America may have freed themselves from the tyranny of the monarchy, but for some reason, we kept the strangely ceremonial signifiers of our parent land.

Today, fancy pants across the pond are still telling (ordering) people around the world to hold a fork correctly, but like the rest of these “rules,” unless you’re the Queen, truly, what’s the point?

“You must consume wine at their recommended temperatures”

There are a lot of rules (with ambiguous origins) about the temperature of wine. That’s why a lot of people just stick to beer — you know you’re supposed to refrigerate it.

Conventional knowledge contends that red wine needs to be served at around room temperature, and white wine should always be chilled, leaving a cloud of condensation on your stemmed wine glass. Some experts assert, however, that we’d actually taste more of the flavors in white wine if it were served at a warmer temperature.

But, according to Bon Appétit, most people should probably put the red wine in a northeastern cave because the ideal temperature for red wine is typically around 68°. While the filthy rich have wine cellars, the rest of us don’t. The shocking truth is that we can drink wine at whatever temperature we choose, even if it’s freezing cold — lest I remind you of the glorious concoction that is frozen sangria.

Forcing a wine temperature on someone can actually be counterintuitive to having the best tasting experience, and comes from what I deem to be an outdated set of guidelines. Serving ice cold white can limit its flavor profiles and, in my opinion, and lukewarm red can come across as way too spicy to taste anything else.

It’s funny how classism affects everyone’s enjoyment when no one’s watching. At this point feel free to put an ice cube in your wine, and as long as you drink it before it melts, you should be fine. I’ll do away with some of the rules, but wine-water is never okay.