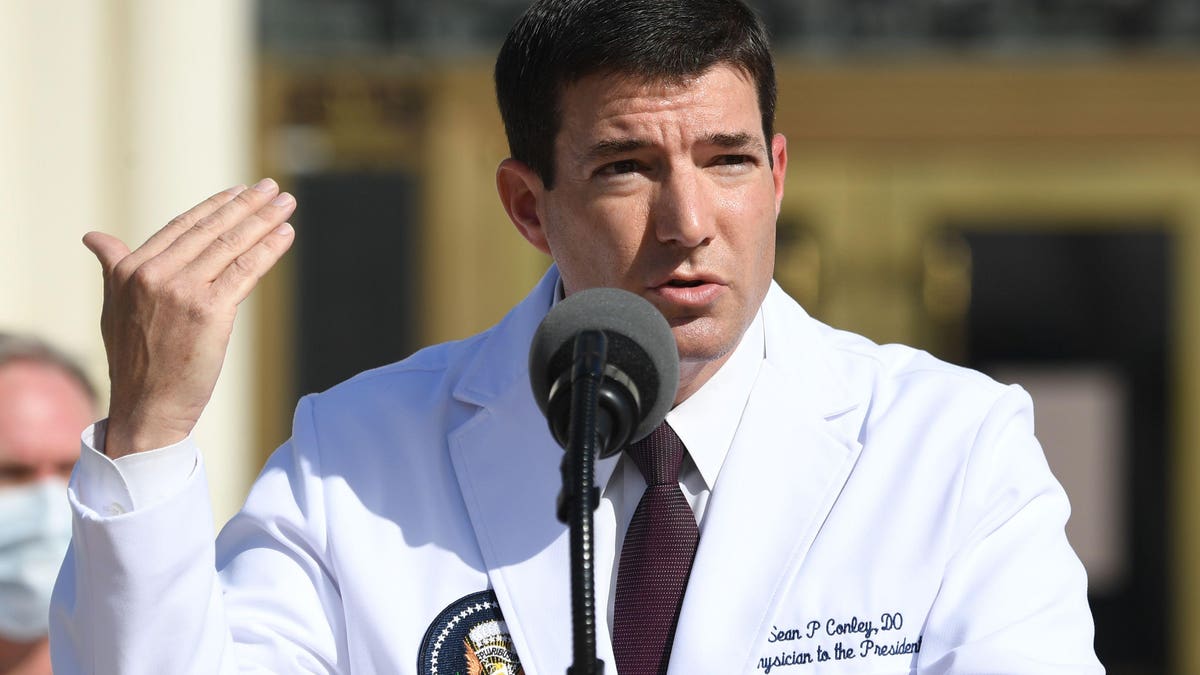 President Trump’s medical team said they were “cautiously optimistic” the president would recover from Covid-19 during a briefing on Monday minutes after Trump himself announced he would be leaving Walter Reed hospital at 6:30 EST later that evening, though concerns remain among the medical community at large about the president’s health going forward, and how transparent Trump’s doctors are being.

HIPAA does not prevent Trump’s doctors from speaking about the president’s lung scans if the president gives them permission, outside doctors on Twitter noted, meaning the president had likely asked Conley not to talk about the scans (the scans could reveal he has pneumonia, or some kind of damage, doctors mused.)

Medications: During the briefing Monday, Trump’s medical team was still not fully transparent about all drugs the president is taking, and said he has not been on any fever-reducing medications for 72 hours.

Doctors have expressed concern about the combination of medications we already know the president is on, including dexamethasone, which could be “potentially harmful” to some patients with milder Covid-19 symptoms.

Other doctors said Dr. Conley was wrong when he said that Trump was not on fever-reducing medications, because the president is still on dexamethasone, a steroid that can reduce fever.

Length of virus: The typical course of Covid-19 can run approximately 7 to 10 days, which means Trump may still be facing the worst of the illness; his doctors said they would breathe a sigh of relief if he felt better Monday, though Covid-19 can also have longer term effects.

On CNN, Dr. Sanjay Gupta stressed the importance of the president remaining in the hospital, saying the steroids he was taking were likely reducing inflammation and his fever but could also be “a mask” for his symptoms.

While Trump’s doctors spoke positively about the president’s prognosis, they also cautioned he may “not be entirely out of the woods yet” and would need to wait and see how he progresses over the next few days.

The doctors refused to answer when Trump’s last negative test was, meaning we do not have any more clarity about when exactly Trump first contracted the disease and was infectious.