SAGINAW, MI – Residents in Saginaw might have noticed an odd smell coming from their taps when they go to grab a drink of water.

The Saginaw County Health Department issued a statement on Thursday, Oct. 8, after the department and the City of Saginaw received a deluge of calls from citizens concerned about the smell of their drinking water.

There is no public health concern, the department said.

According to the health department, the City of Saginaw’s water system recently experienced a seasonal turn over in its water source out of Lake Huron that has led to the an odor in tap water.

“This is a normal occurrence but does not usually last as long as it did this year,” said the a statement from the health department. 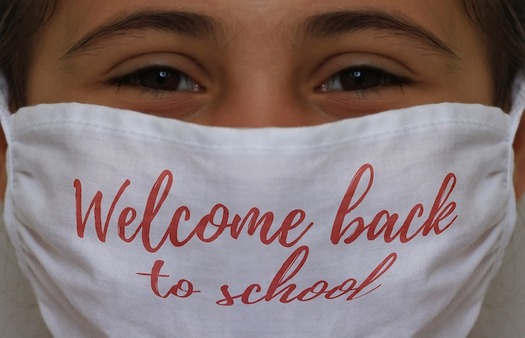 A new webinar series outlines best practices for PPE and guidelines on how to stay safe while teaching and working in person in the COVID era. (Pixabay)

DENVER — Colorado’s largest union for educators has partnered with top health experts for a webinar series designed to give teachers, staff and parents the information they need during a very unusual school year.

Amie Baca-Oehlert, president of the Colorado Education Association, said it’s vital for Coloradans to have access to health guidelines and recommendations from those who know best.

“There is a lot of noise happening right now. There’s a lot of information out there,” Baca-Oehlert said. “This is an opportunity to go straight to those medical experts to get those questions asked and answered.”

Part three of the series, called “People in Your Neighborhood, how to connect with local experts,” is set to begin at 4:30 p.m. Wednesday