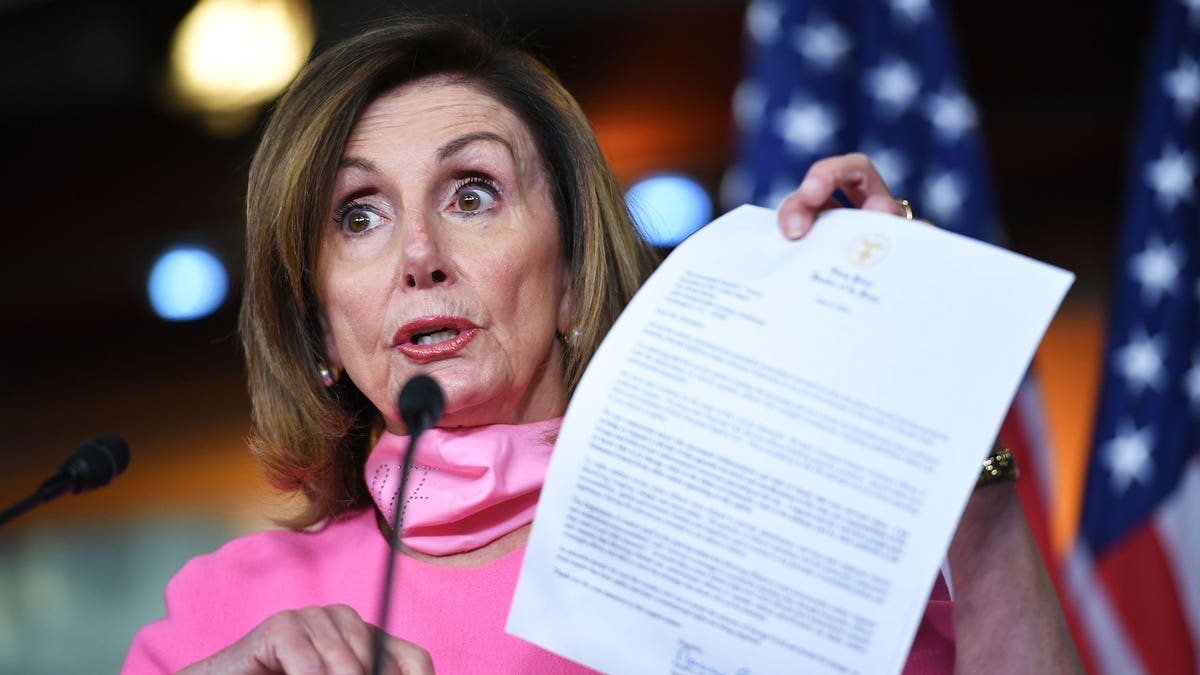 House Democrats released the text of the updated Heroes Act as well as a one page summary. Here is what the new proposal includes:

Negotiations over another coronavirus stimulus package have been at a standstill. The new Democratic proposal comes as Nancy Pelosi and Treasury Secretary Steven Mnuchin resumed talks in hopes of reaching an agreement before the November election. The two spoke Monday evening and also agreed to speak again Tuesday morning, according to Drew Hammill, a spokesman for Pelosi.

Mnuchin has indicated that his priorities for the next bill included additional aid for small businesses as well as additional assistance to the airline industry, both of which are included in Pelosi’s updated proposal. The sticking points to an agreement are in many ways the same as before: what level of federal unemployment aid to offer the millions of unemployed individuals and how much aid to offer states and cities.

While the updated Democratic bill maintains the $600 weekly federal unemployment offer as the original Heroes Act, this may simply be a negotiating stance. While the economy is still struggling, there has been improvement over the past few months with unemployment dropping to 8.4 percent. At that unemployment rate, “the case for compromising on the $600 per week unemployment insurance is much stronger,” said Jason Furman, former chair of Obama’s Council of Economic Advisors and currently a professor with Harvard’s Kennedy School of Government, in an interview. “That might have made sense when the unemployment rate was 15 percent. Coming down to something like President Trump’s number of $400 a week … I’d like to see Democrats say, ‘At 8.4% unemployment, we can do that,’” he continued.

State and local aid has remained a source of disagreement with Trump and Republicans opposing additional funding. However, with Democrats coming down more than half from their initial $900 billion demand, one would hope that a compromise could be reached.

“Democrats are making good on our promise to compromise with this updated bill, which is necessary to address the immediate health and economic crisis facing Americas working families right now,” Pelosi wrote in her letter to House Democrats. “We have been able to make critical additions and reduce the cost of the bill by shortening the time covered for now.”

As she begins an additional round of discussions with Mnuchin, hopefully both of them keep in mind the millions of Americans who are still struggling and need a renewed financial stimulus.